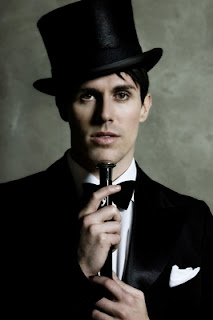 Born in Australia in 1982, Sparro moved to Los Angeles at 10 years of age, when his gospel musician father found work in the California music industry. While singing with his father’s gospel groups, he was discovered and championed by Chaka Kahn. He later moved to London to pursue a career in music, but returned to LA, finding work in a coffee shop. It was during this rather difficult time that he wrote his hit single "Black and Gold" (2008), which went on to win a Grammy Award for Best Dance Recording. The song has subsequently been covered by Katy Perry.

Of "Black and Gold" blogger Sharon van Etten writes: "[The song] sees Sam pondering the existence of God as he stares at the sky. It’s perhaps the closest you’d get to personal reflection on an electro track, but the glam and glitter of the dance floor seems to create the space and place for stargazing. A symphony to God this is not, but it sure remains an earnest plea for a revelation of sorts."

Sparro writes, performs, produces and arranges all his own material. He lives in LA with his partner Adrian.


. . . I look up into the night sky
and see a thousand eyes staring back,
and all around these golden beacons
I see nothing but black.

I feel a way of something beyond them,
I don't see what I can feel.
If vision is the only validation
then most of my life isn't real.

'Cause if you're not really here
then the stars don't even matter.
Now I'm filled to the top with fear
that it's all just a bunch of matter.

'Cause if you're not really here
then I don't want to be either.
I wanna be next to you,
black and gold. 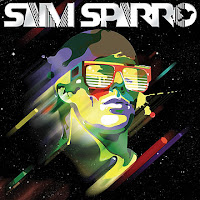 Australian-born soul starlet Sam Sparro has been making ears prick up of late. His savvy blend of soul, funk and modern electronica nods to '70s and '80s legends like Stevie Wonder and Hall and Oates, but Sparro brings a sassy style and modern production ethic that renders his music 21st Century fresh. Armed with a smooth, mercurial voice, Sparro sashays slickly through disco, funk and soul, moving waists with the punchy electro-funk of "Too Many Questions", "Black and Gold" and "Cut Me Loose", soaring soul like "Hot Mess" and darker material like "Pocket" and the synth-laden "Sick" (which comes over all Calvin Harris, admittedly minus the kitsch, ironic appeal). "Clingwrap" is pop-lite Prince, and there’s the occasional slower track like "Waiting For Time" and "Cottonmouth", but mostly this is an upbeat collection for good time people. His Daft Punk-meets-Jamiroquai single "Black and Gold" has already earned him deserved comparisons to contemporary blue-eyed soul boys like Jamie Lidell; Sam Sparro is assured enough to make him a star.

NEXT: Play It Again, Sam

thank you MIchael! LOVING Sam Sparro. Here is another song that is total awesomeness.

Thanks for the link, Brian! And, yes, it's another song that is "total awesomeness"!