The Lost Art of the Arioi 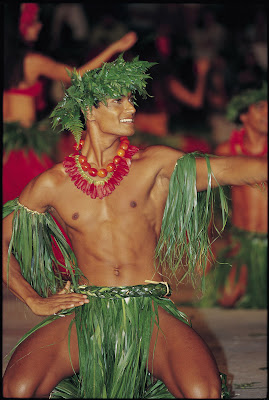 Once when I was in Catholic primary (or elementary) school in Australia, a troupe of Polynesian dancers came and entertained the school community. I remember being quite enthralled by their colorful costumes of leaves and grass, shells and flowers; and by their fluid movements and (half-naked) physical beauty. I especially remember being drawn to one particular male dancer, and how strangely elated I felt when he looked me in the eyes and smiled a truly brilliant smile. For the briefest of moments the crowded, noisy school hall dissolved, and it was just he and I. True, my response of elation and connection was somewhat disconcerting – heralding, as it was, an awakening of my little gay boy self. Yet as a wise woman would later remind me: the truth indeed sets us free, but first it often makes us uncomfortable! I was reminded of all of this when reading about the arioi dancers of Tahiti in Gerald Jonas’ informative and entertaining book, Dancing: The Pleasure, Power, and Art of Movement. I share today an excerpt from this book as part of The Wild Reed’s ongoing series, “The Dancer and the Dance.” Enjoy!


Again and again during [their] “discovery” of the South Pacific . . . Europeans were struck by the initial friendliness of the natives, by their uninhibited (to European eyes) sexuality, and by their propensity to express themselves through dance. Speaking of the Tahitians, a French sailor reported that “their existence was in never-ending merrymaking.”

. . . The European missionaries who followed the first explorers to Polynesia learned more, and liked less, about the native dances. On Tahiti and its neighboring islands, where food was usually plentiful, men and women seemed to dance at every opportunity, day or night – to please their gods, to celebrate the completion of communal work projects, to praise their chiefs, and, apparently, for the sheer fun of it. They also had an elaborate dance theater. A fleet of up to seventy canoes made a circuit from island to island carrying a troupe of actor-dancers called arioi, who had renounced ordinary life to devote themselves to the cult of Oro, god of rain and fertility. Some of their canoes were rigged with platforms for performances, so that the singing and dancing could begin even before the fleet reached land. Once on shore the performances continued through the night in houses specially built for this purpose. 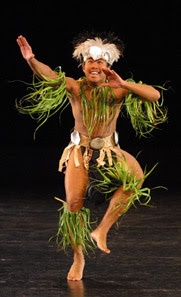 Among the high points of the performances were mime shows featuring men with mock phalluses fashioned from distended animal bladders; their grossly exaggerated portrayals of sexual intercourse provoked the audience to waves of laughter, as did their satirical skits about the shortcomings (sexual and otherwise) of the most powerful chiefs. Under the rigidly hierarchical system that dominated life on these Polynesian islands, only the arioi were permitted to make fun of the ruling class in public – not unlike the court jesters of medieval Europe.

The first representatives of the newly formed Londan Missionary Society arrived in Tahiti in 1797 and began converting the principal chiefs and local priests. The arioi, who offended the new order both by their devotion to the old gods and by their open sexuality, were suppressed. Within a few years, no trace of their society could be found. By the 1820s dancing of the traditional kind was prohibited as immoral, and the prohibition was extended to all activities associated with dancing – even the making of bark cloth. But the islanders, despite their mass conversion to Christianity, continued to dance in private, away from the prying eyes of missionaries. When the somewhat more tolerant French ousted the English from control of Tahiti in 1842, the traditional dances began a slow comeback, although it was not until the end of the nineteenth century that dancing in public received official sanction. 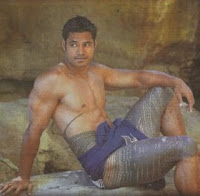 Today, dance is again a significant part of Tahitian social life. Much of the music now uses Western scales and harmonies, the words of many traditional chants have been lost or are no longer understood, and few if any dances have been preserved intact from the pre-Christian era.


How ironic it is that it was a form of Christianity that drove the art of the Arioi to extinction and yet it was at a Catholic school that I had a deep and sacred part of me awakened and affirmed by the "pleasure, power and art" of Tahitian dance – and thus, I'm sure, something of the Arioi! 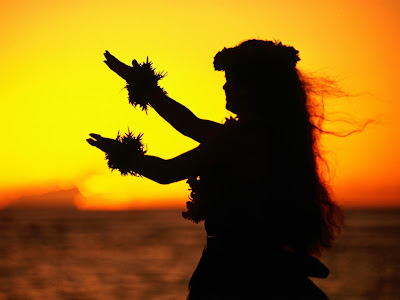 Labels: Dancer and the Dance, Growing Up Gay

Without dance we can't realise the festival of originality.Dance describe the freshness,
bright color and reality of seasons. Dance also express the feeling and emotions of our
lifes and After all this is a Great post,I was checking constantly this blog and i am
impressed..
regards
polynesian dancing