July was dominated by the death of my friend and colleague David McCaffrey (pictured at right in February 2011). David, co-founder of the organization I work for, the Catholic Pastoral Committee on Sexual Minorities (CPCSM), passed away July 9 after a very short illness. His funeral Mass was held July 15 at St. Stanislaus Catholic Church in St. Paul.

For more about David's life and legacy, see the previous Wild Reed posts:
Sad News
"I Have Never Felt Closer to Anyone in My Entire Life Than to David"
God Is In the Roses . . . 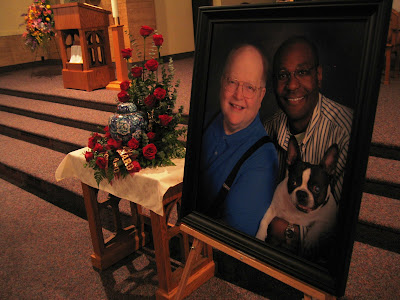 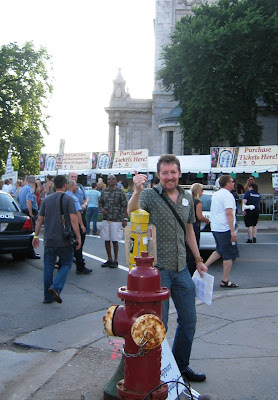 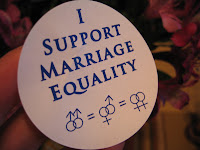 Above: Standing across from the Basilica of St. Mary in Minneapolis – Friday, July 8, 2011.

David died late Saturday night, July 9. Up until that morning he was all set to join members of Catholics for Marriage Equality MN for the second night of distributing "I Support Marriage Equality" stickers to attendees of the Basilica Block Party. When I called him at around 11:00 a.m. to make plans to travel together to the Basilica later that day, I was shocked to hear him say that he was in the Emergency Room. He was clearly in a lot of pain. I told him he was in my thoughts and prayers, and told myself that since he was at the hospital he would be okay. I wasn't to know it, but that conversation over the phone was to be the last time I would talk to him. In the early hours of Sunday, July 10, I was awakened by a phone call from David's partner of 14 years, Michael. He was understandable distraught as he shared with me the news that David had passed away and asked if I would come and be with him at the hospital.

Looking back, I am so grateful that David and I spoke the night before he died. The Basilica Block Party is a two-day event and Catholics for Marriage Equality MN had been distributing stickers to attendees on Friday evening. Late that night, David phoned to tell me that he had seen Fox News' coverage of our presence at the Basilica, and to congratulate me on the "great job" I did when interviewed by the Fox News reporter. I'll always remember and treasure that affirmation, and I'm so grateful that David got to see such a positive and well-received Catholic action in support of marriage equality at the Basilica. 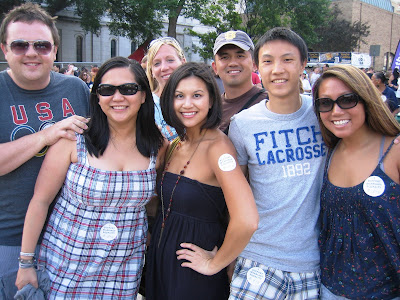 Above: Basilica Block Party-goers happy to display their "I support marriage equality" stickers. 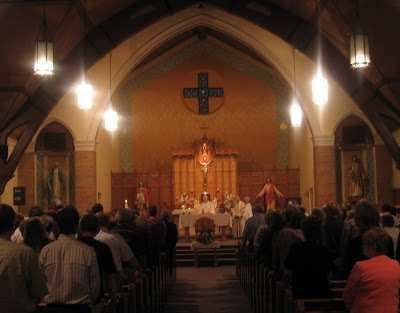 Above: David's funeral Mass on Friday, July 15 exemplified the very best of our Catholic tradition. The totality of David's life was acknowledged and honored; his husband Michael delivered a beautiful eulogy; and the parish community welcomed all.

For more images and commentary on this beautiful and inspiring event, click here. 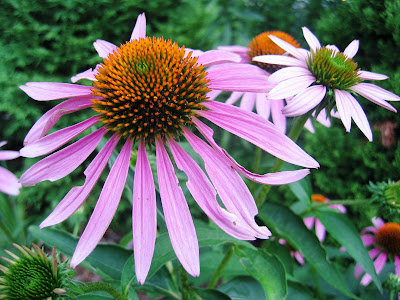 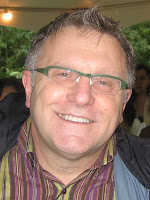 I can't say how much I appreciated the company and support of friends this month – including my good friends Brian, Rick, Bob & John, Liana & Curtis, John, and Greg (pictured at right) . . . 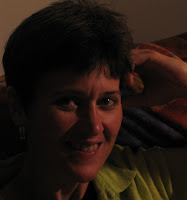 . . . and my dear friend Kathleen (left), who joined me and other friends on the evening of Tuesday, July 26, for a "poetry party." Much beauty and wisdom was shared that night! 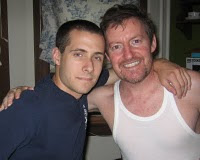 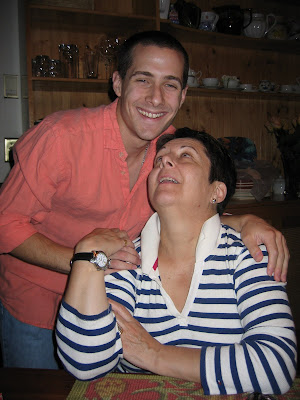 Above: Phil with his mum, Noelle – another dear friend.