Beyond the Hierarchy: The Blossoming of Liberating Catholic Insights on Sexuality (Part 5) 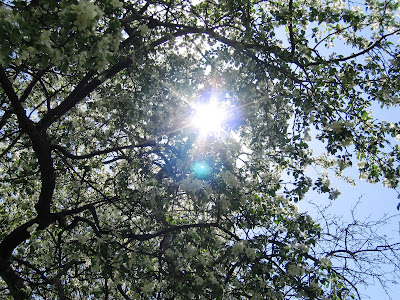 Last summer I commenced a series highlighting the liberating insights on sexuality that are emerging and “blossoming” beyond the Vatican. It's a series that seeks to present the best of what Catholic theologians and scholars are saying about sexuality. These theologians, it should be noted, are not just Vatican stenographers, but men and women open to and receptive of God’s transforming presence throughout the entire church.

I continue this series today with an excerpt from Catholic theologian and priest Charles Curran’s article “A Vatican II View Could Allow for Gay, Lesbian Unions.” This article was first published in the September 5, 2003, issue of the National Catholic Reporter. Given the current debate in both church and society over marriage equality and religious freedom, Curran's article is perhaps more pertinent today than when it was first published.

Basically, Curran contends that a Vatican II approach to the relationship between law and morality could actually "justify the legalization of gay and lesbian unions even if one accepts the official hierarchical moral teaching on homosexual relations." The Vatican II approach, Curran points out, is in sharp contrast to the Thomistic moral law approach reflected in the 2003 Vatican document "Considerations Regarding Proposals to Give Legal Recognition to Unions Between Homosexual Persons." This document calls on Catholics to oppose legal recognition for gay and lesbian unions and to be non-cooperative with the enactment or application of these "unjust laws."


[The Vatican's] understanding of law was enunciated by Thomas Aquinas in the context of an authoritative and paternalistic understanding of the state. Rulers direct the illiterate masses (to use Pope Leo XIII’s 19th century term) to the common good. The primary role of the ruler was to promulgate human law in the light of the divine and natural law and the primary role of the citizen (if we can even use that term) was to obey these laws.Vatican II’s “Declaration on Religious Freedom” proposed a different understanding of the law-morality relationship in keeping with democratic societies and the much lesser role of law in such societies.The “Declaration on Religious Freedom” deals with the law-morality relationship in its recognition of the limits of religious freedom. The Vatican II document accepts what Jesuit Fr. John Courtney Murray called the basic principle of the free society: “The usages of society are to be the usages of freedom in their full range. These require that the freedom of the human person be respected as far as possible and curtailed only when and insofar as necessary” (n. 7).When should the state interfere with religious freedom or any personal freedom? When the public order calls for it. But what is the public order? According to the “Declaration on Religious Freedom,” the public order involves a three-fold reality of justice, public peace, and public morality (not just private morality). Thus, for example, we in this country with our great respect for religious freedom have nonetheless restricted religious freedom by prohibiting human sacrifice in religious rituals (justice), by prohibiting churches from ringing loud bells for a long time early in the morning (public peace), and by prohibiting Mormons from practicing polygamy (public morality).Note two important differences between these two approaches. First, the Thomistic approach begins with God’s law as mediated by the natural and civil law; the Vatican II approach begins with human freedom. In both cases, the original starting point can be overturned, but where you start is all important and establishes a basic presumption. For Aquinas the basic presumption is natural law; for the Vatican II position the basic presumption is in favor of freedom.The second difference concerns the purpose of civil law. In the Thomistic concept, the purpose of civil law is the common good, a hallowed concept in the Catholic tradition. The present document on homosexual unions uses the term “common good” eight times. However, in the Vatican II approach, the purpose of civil law is public order, which is a narrower concept than common good. The role of law in the Vatican II position is much less than in the Thomistic position.The hierarchical magisterium, however, could use the Vatican II approach to argue against the legalization of gay unions on the basis of society’s need to protect and promote the importance of marriage and the family as a fundamental aspect of public order. But this is an empirical question on which people of good will can disagree.The Vatican II approach could also justify the legalization of gay and lesbian unions even if one accepts the official hierarchical moral teaching on homosexual relations. One begins with the freedom of homosexuals to live together. Most in our society agree that permanent gay and lesbian unions are much better for society than promiscuous relationships. The state can support such permanent unions by granting rights such as health insurance and Social Security benefits. As a matter of fact, the legalization of permanent gay unions would not necessarily go against the importance of the family as a basic unit of society nor would it necessarily harm the children who could be adopted by such unions.Without doubt, the Thomistic approach allows the pope and the Roman curia to make a strong case for the conclusion they want to support. But, in the process, they have turned their backs on the Vatican II teaching on the proper relationship between law and morality and have failed to recognize a legitimate pluralism in the church on the legal recognition of gay unions.

NOTE: For another "beyond the hierarchy" response to the 2003 Vatican document "Considerations Regarding Proposals to Give Legal Recognition to Unions Between Homosexual Persons," click here.

So you're actually quoting the condemned heretic Charles Curran who has been forbidden by the Pope to teach theology in any Catholic institution? But you neglected to mention that, spread falsehood yourself.

Will you be changing the name of your blog to the Wild Heretic then?