Lisa Leff on Five Things to Know About Transgender People 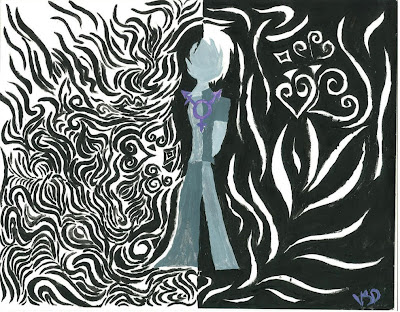 The Wild Reed's 2014 Queer Appreciation Month series continues with the sharing of Vincent Sage Dixon's beautiful artwork "Transgender" (above) and the following informative Associated Press piece by Lisa Leff entitled "Five Things to Know About Transgender People." (To start at the beginning of this series, click here.)


President Barack Obama has quietly done more to advance rights for transgender people than any other president, but they remain among the nation's most misunderstood minorities. Here are five things to know about transgender America:


Who You Are Vs. Whom You Love

Terminology is constantly evolving. Words once tossed around casually are now considered offensive. A recent campaign pushed TV show RuPaul's Drag Race to stop using the words "tranny" and "she-male." (Drag queens, such as RuPaul, are not usually considered transgender because their act is based on performance, not innate identity.) "Sex change" has fallen out of polite use for the medical treatments that some, but not all, transgender people undergo to bring their bodies into alignment with their identities. Until recently, "sex reassignment" was the favored alternative, but it is giving way to "gender reassignment" and "gender confirmation."

Katie Couric was called out in January after she pressed model Carmen Carrera for details about her gender transition and "private parts." Such questions are considered rude and intrusive. As Washington Post etiquette columnist Steven Petrow has noted, "It wouldn't be appropriate to ask a non-transgender person about the appearance or status of their genitalia, so it isn't appropriate to ask a transgender person that question either." Asking transgender people what their names were before they transitioned is similarly considered ill-mannered, as is failing to make an effort to use the pronouns they prefer.

Transgender people make up 0.3 percent of the U.S. adult population, according to estimates by The Williams Institute, a think tank at UCLA. In a 2011 survey by the Public Religion Research Institute, 11 percent of respondents reported having a close friend or relative who was transgender, compared with 58 percent who had a close relationship with someone who was gay or lesbian.

Orange is the New Black co-star Laverne Cox's made history this month with her debut as the first transgender person to appear on the cover of Time magazine. But several other people who identify as transgender have been in the limelight because of affiliations with other Time cover subjects.

During his boyhood in Indonesia, Obama's nanny was a transgender woman who told the Associated Press two years ago that she did not dress as a woman around her young charge but that he "did see me trying on his mother's lipstick, sometimes."

When he was president, George W. Bush hosted a White House reunion for his former Yale classmates, including a transgender woman who had lived as a man when Bush knew her. Another guest told reporters that the president grabbed the classmate's hand and exclaimed fondly, "Now you've come back as yourself."

NEXT: Steven W. Thrasher on the Bland and Misleading "Gay Inc" Treatment of the Struggle to Overturn Prop 8

UPDATE: 5 Things Not to Say to a Transgender Person (and 3 Things You Should) – Jennifer Finney Boylan (HuffPost Gay Voices, July 21, 2014).

See also the previous Wild Reed posts:
Putting a Human Face on the 'T' of 'GLBT'
Living Lives of Principle
We Three . . . Queens
Shannon Kearns' Transgender Day of Remembrance Message: "We Are Beloved Children of the Universe"