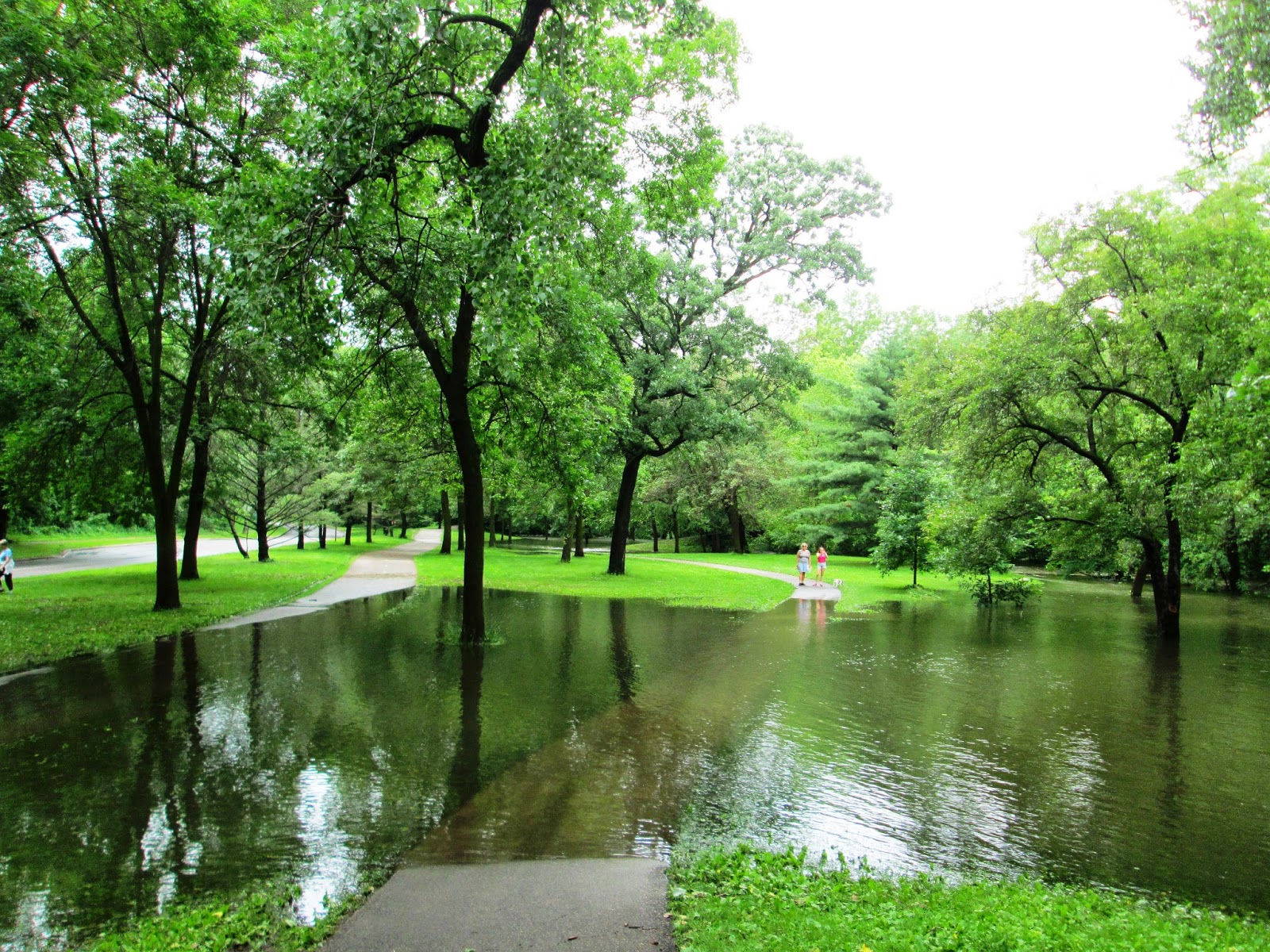 Here in the Twin Cities we've had an incredible amount of rain over the past few days. As a result, there has been flash flooding and numerous road closures throughout the metro area.

I live close to Minnehaha Creek, and as you'll see from these photos, it has overflowed its banks in the area near my home in south Minneapolis, leaving parts of Minnehaha Parkway awash.

Reports KMSP (via the Star Tribune):

According to United States Geological Survey water information data, Minnehaha Creek is so high that it can't be electronically measured after unrelenting June rain continues to plague the Twin Cities.

The Minnehaha Creek Watershed District said Thursday marked a record-breaking high for water levels on Lake Minnetonka and a stunning increase of 2.88 inches overnight to a historic high of 930.77. The previous record of 930.66 was set on June 3 – and more rain is on the way. 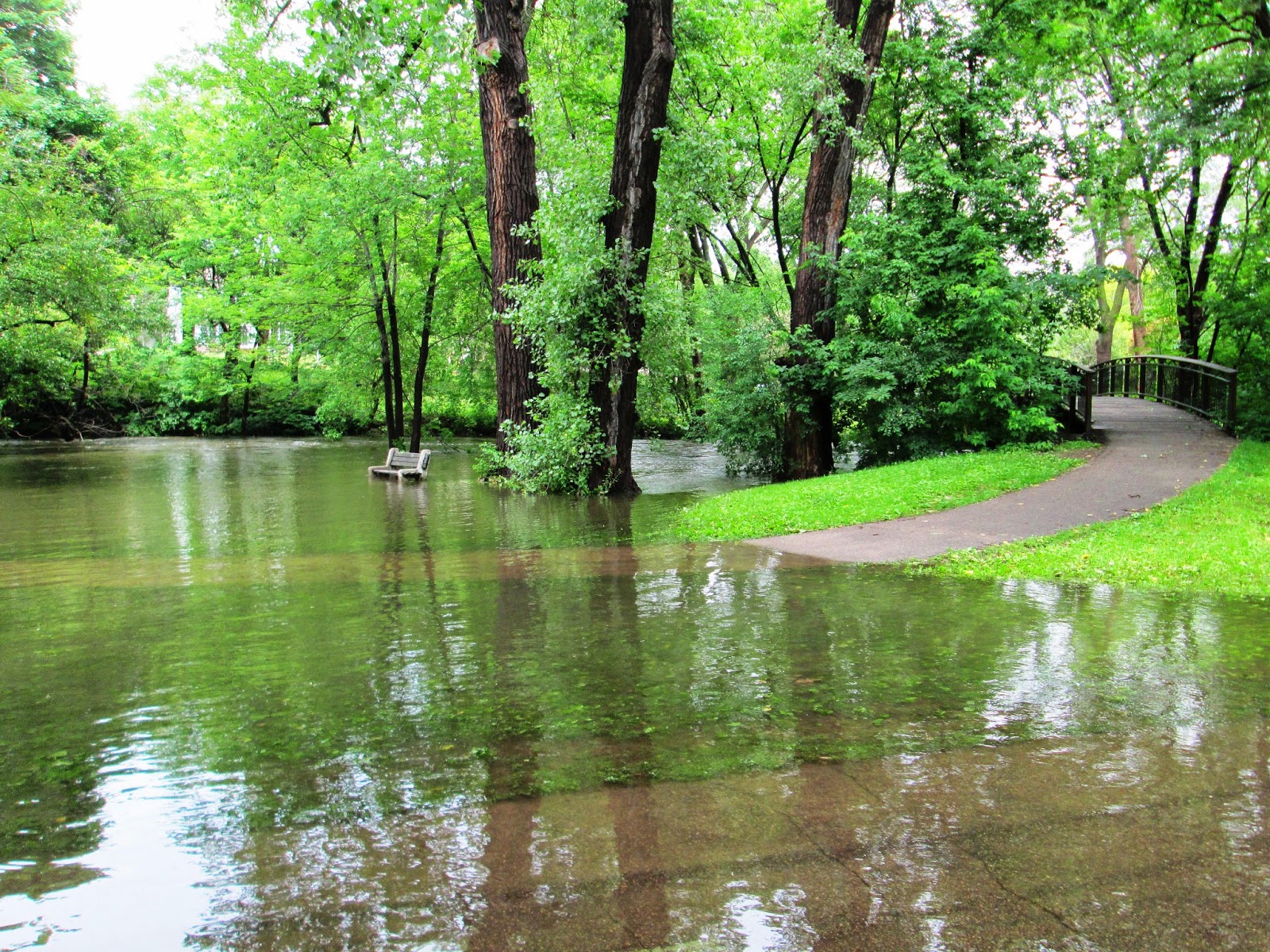 Rainfall of historic proportions turned Minnesota into a vast wetland Thursday, and although skies were expected to clear Friday, the flood threat was mounting, especially on the Minnesota, Mississippi and Crow rivers. . . . The Twin Cities metro area also was inundated. By Thursday night, 3 to 6 inches of rain had fallen across the metro, swelling streams, rivers and lakes; sending water and mud gushing into roads, parks and yards, and causing sewer system backups. Flash flood warnings were in effect in a broad swath across the metro area.

. . . The water level on Lake Minnetonka, recorded since 1906, reached an all-time high Thursday of 930.77 feet above sea level, breaking the record set only 16 days earlier. Minnehaha Creek also set a record, rising quickly in south Minneapolis and overflowing its banks in many spots along Minnehaha Parkway, much of which was closed Thursday. 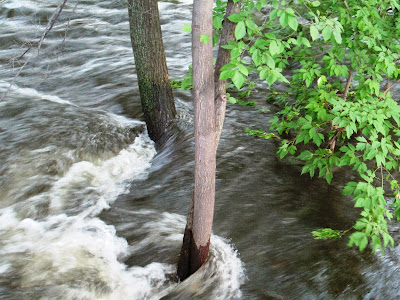 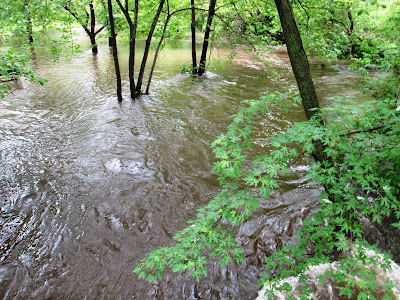 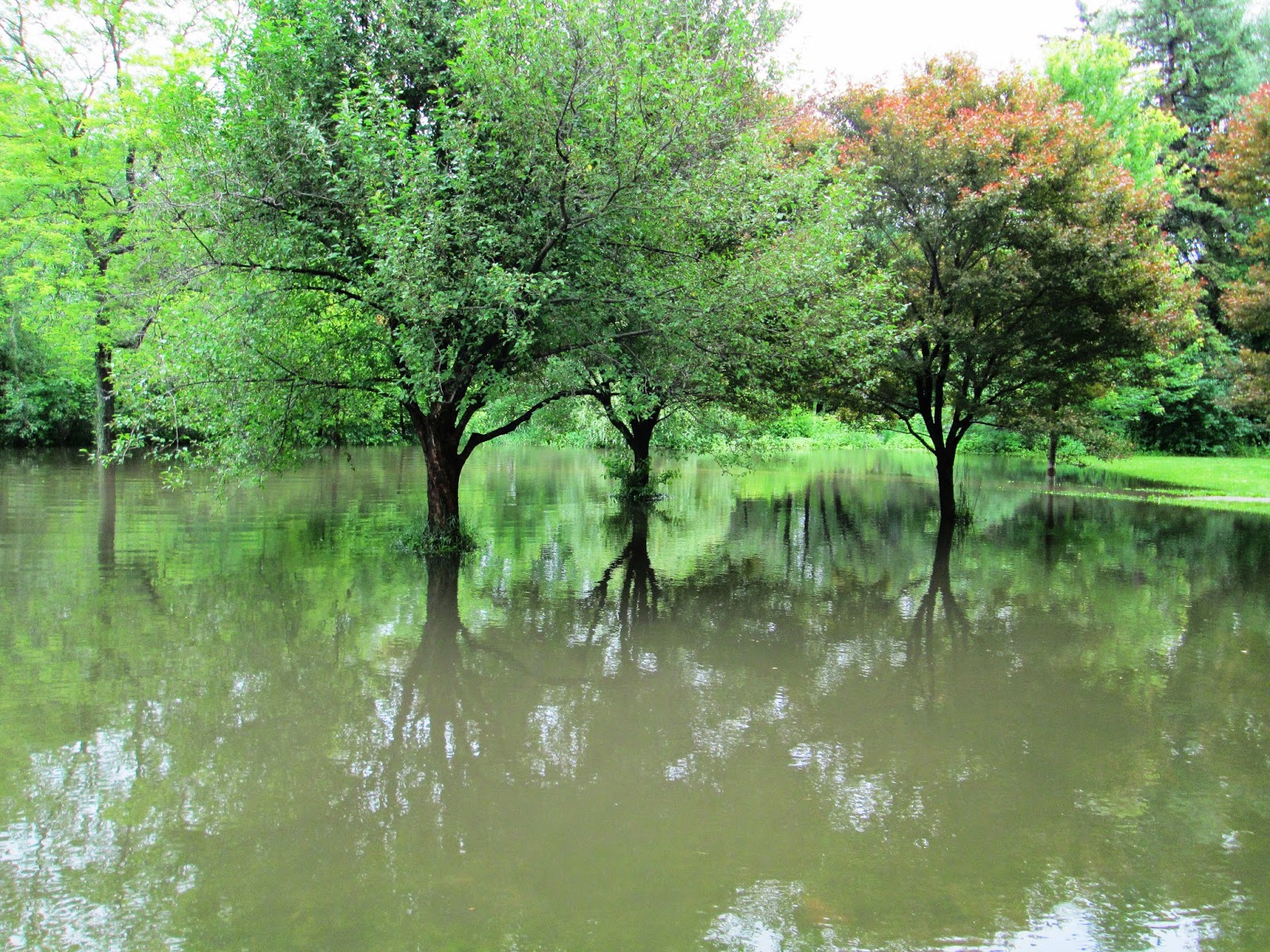 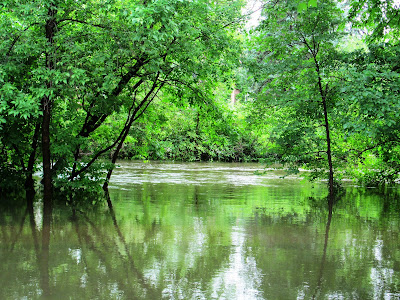 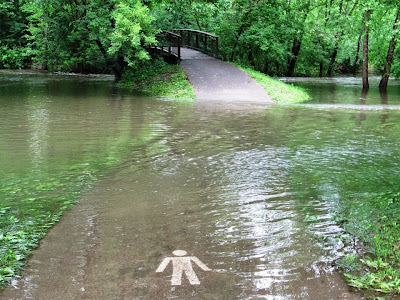