NOTE: To start at the beginning of this series, click here. 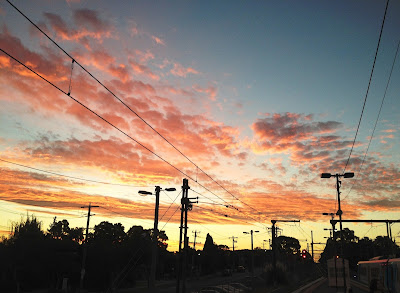 It's been over two months now since I returned to the U.S. from my "Australian sojourn." High time, I'm sure you would agree, that I wrap-up my series of posts documenting my time and experiences in the Great South Land. And so this evening I share the thirteenth and final installment in this series, an installment that covers my last five days in Australia at the end of March.

I should say that this particular visit home will always be happily remembered as the first time someone from my life in the U.S. accompanied me to my homeland. This "someone" was my dear friend Joan, whom I've known since my earliest days in Minnesota. In fact, we first met at the College of St. Catherine – Minneapolis in the summer of 1994, just five months after my arrival from Australia. 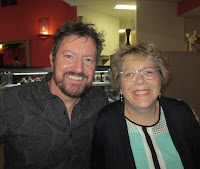 Throughout March, Joan shared some wonderful times with me and my family – in the Hunter Valley, in Port Macquarie, in Melbourne (right) and its surrounding area, and in Sydney and the Blue Mountains. She also experienced some wonderful adventures of her own, including a six-days trip to the Outback. By the time the events documented in this post (and the two previous ones, here and here), Joan had already returned to the U.S.

As well as Joan's presence, another highlight for me of my March visit home was the opportunities it afforded me to spend time with my family – my parents in particular. Mum and Dad are pictured with me at left with our friends Bob and Daphne (far left and center).

Since 2013 my parents having been living in the "independent living" section of a retirement village in Port Macquarie. This retirement village also has an "assisted living" section and services, and a nursing home. Hopefully, Mum and Dad will be able to see out their days in their lovely villa. My time with them definitely made me aware of the reality that none of us are getting any younger. Accordingly, thoughts of returning to Australia on a more permanent basis have been weighing on my mind of late. Perhaps more about this in a future post.

For now, though, I share images and commentary on the last five days of my Australian sojourn of March 2015. Enjoy! 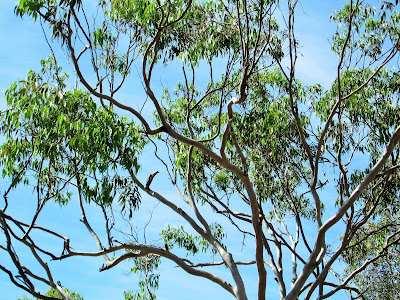 Above: This photo was actually taken in a supermarket parking lot in Port Macquarie! It shows a beautiful Ghost Gum.

As you can see from this photo, the ones below and numerous ones throughout this series, I'm drawn to the unique beauty of the Australian landscape, flora, and fauna. 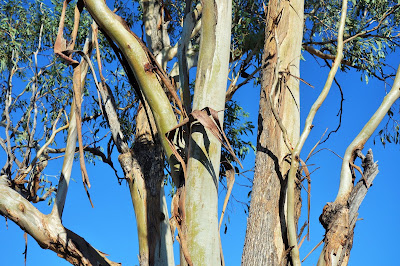 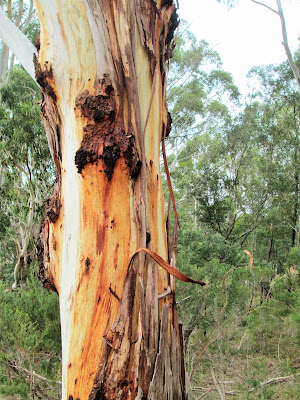 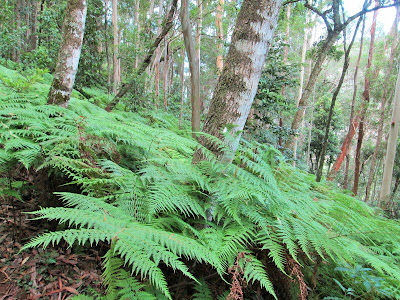 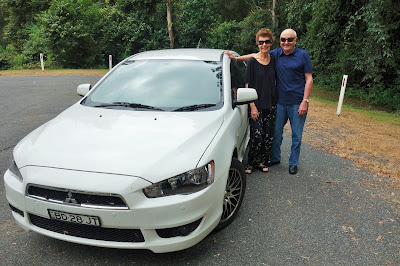 On Wednesday, March 25, my parents and I returned to Port Macquarie from our brief visit to our hometown of Gunnedah.

Deep in the mountains that separate the New England tablelands from the coastal self, we paused at a rest stop (above, right and below). For more about the landscape, terrain, and settlements between Port Macquarie and Gunnedah, click here. 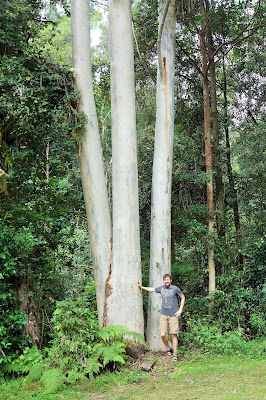 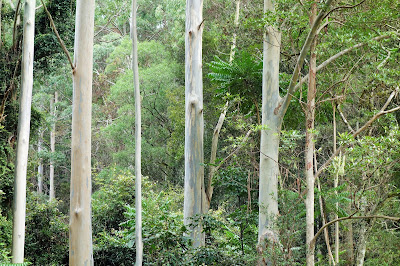 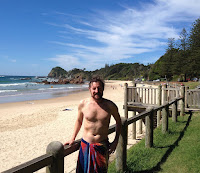 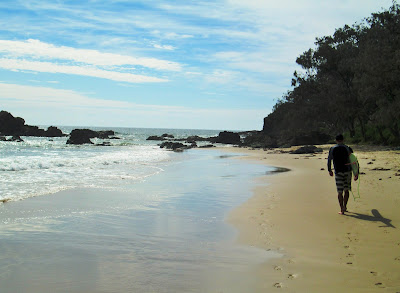 Above: The southern end of Port Macquarie's Town Beach, where there is a place that's very special to me. 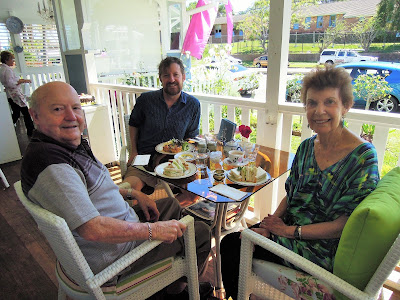 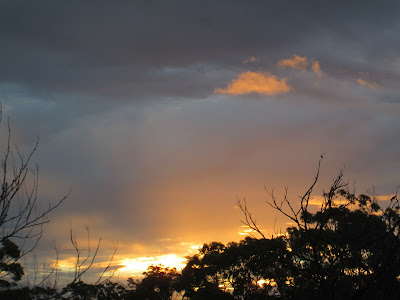 Above: I took this beautiful sunset photo from the back deck of my my parents' home on my last day in Port Macquarie – Saturday, March 28, 2015. The next morning I took the train to Sydney. 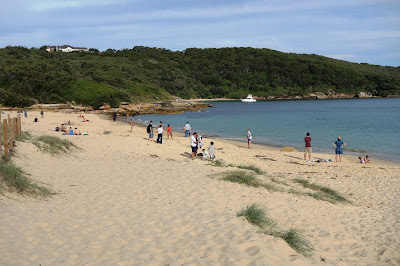 I was met at Sydney's Central Station by my friend Julian. After dropping my luggage off at his home in Coogee, we drove to La Perouse where we enjoyed a refreshing swim at Little Congwong Beach, a small secluded beach just beyond Congwong Beach (above) and one that's considered one of Sydney's "best gay beaches." 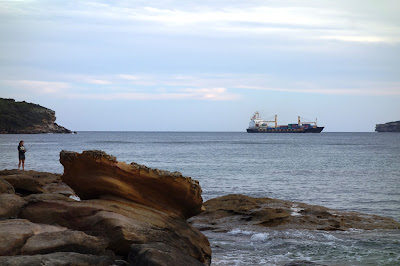 Back at Julian's place we shared a relaxed and enjoyable evening – my last in Australia, at least for this particular visit home. The next morning – Monday, March 30 – Julian drove me to the airport and my flight back to Minneapolis via Los Angeles.

NEXT: Back in Minnesota