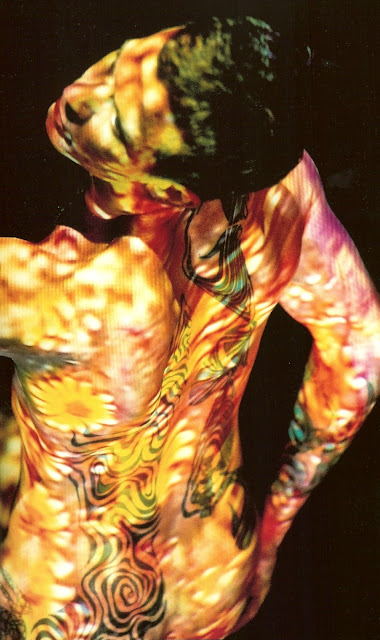 The Wild Reed series "Dancer and the Dance" continues this evening with excerpts and images from Alexander Barabanov's 2011 book, A Dance 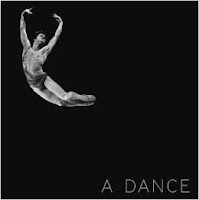 In the book's introduction, Barabanov shares the following insights: 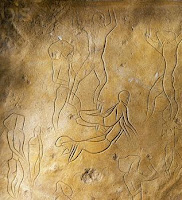 Dance is one of the oldest art forms on earth. From the 12,000-year-old rock engraving of ritual dance in the Addaura cave in Sicily to Le Sacre du Printemps in the twentieth century or the innovations of the twenty-first century, extraordinary dances have been inspired by human emotions. Dance exists in nature itself. Countless animal courtship rituals display beauty of movement and rhythm.

Classical dance and contemporary creations co-exist in the modern world. Dance, which once struggled for recognition, has established itself in an infinite variety of forms. Dance, as physical expression, liberates us. Dance photography provides a further level of art, which is perfectly attached to the original creation, yet exists independently within its own medium. As it guides the eye, the photography focuses the viewers' attention on particular concepts. Photographs reveal those powerful moments, which remain fixed like passages of prose or of music, that can be recalled long after a novel is closed or a symphony completed.

Movement is the substance of dance and capturing movement is the challenge of dance photography. As with any photography, composition, light and colour are significant features, but movement is what the dance photographers are chasing. The limited technology of early photography restricted the medium to still imagery -- the portrait or the landscape -- whereas the modern camera records minute fractions of a second. One might suppose that modern exposure times would enable a profusion of extraordinary dance images to emerge in the way that sports photography freezes bodies so dramatically. It is not the case. The eye of the artist, not the technology, makes the picture.

. . . At its best, dance photography enables us to hold on to the emotion and preserve a sense of the energy of the performance. A transmutation of reality can occur.

Following is a selection of images from Alexander Barabanov's A Dance. They are images that, for one reason or another, especially speak to me. The text that accompanies each of these photographs is excerpted from the book's closing section and is written by Barabanov. 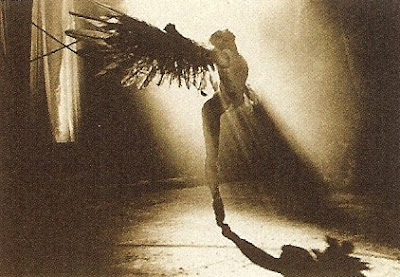 This photograph was taken during the filming of The Rime of the Ancient Mariner choregraphed by William Tuckett. 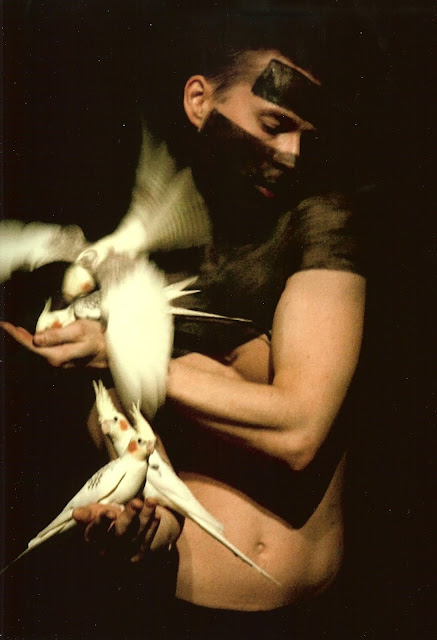 Conceived and choreographed by Luc Petton. This photograph is from a series taken at the festival Hivernales d'Avignon, where La confidence des oiseaux was first performed in 2008. The dancer worked with birds and performed with complete freedom, enabling him to achieve mutual communication with the birds. 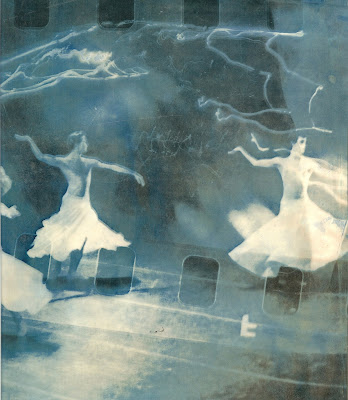 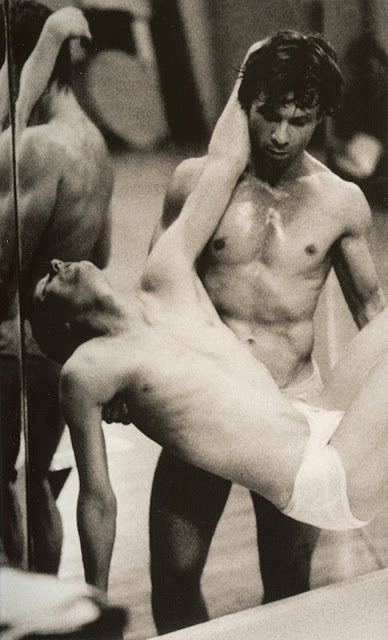 Choreographed by Lloyd Newson. This image is from a series of photographs of DV8 taken at the beginning of its establishment. The origins of the image lie in the deposition of Christ from the cross.

Produced by DV8 Physical Theatre, this production premiered in Seoul, Korea, and later toured the world. The idea of the show was "about showing off in a world where looking good has become more essential than being good. Where faking it has become synonymous with making it, where beautiful lies hide grubby truths." The epigraph to the show was Otto Rank's statement, "To be able to live, one needs illusions."

See also the previous Wild Reed posts:
• The Premise of All Forms of Dance
• The Art of Dancing as the Supreme Symbol of the Spiritual Life
• The Soul of a Dancer
• The Church and Dance
• The Dancer and the Dance
• The Naked Truth . . . in Dance and in Life
• Carlos Acosta Recalls the "Clarion Call" of His Vocation in Dance
• Desert Dancer: A Story That Matters
• A Beautiful Collaboration
• Recovering the Queer Artistic Heritage
• Gay Men and Modern Dance