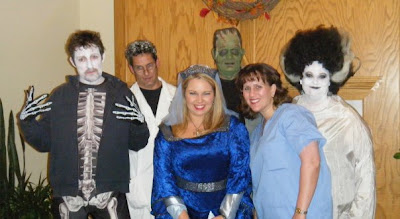 As I mentioned in my previous post, I attended a Halloween party this past weekend in Benson, MN.

My friends Angie and Bryon live in nearby Kirkhoven, and since Bryon’s birthday is November 1, he has developed a tradition of having a combined Halloween/birthday party. This year, our group joined several others at a party at McKinney’s Restaurant in Benson.

Bryon and Angie always go all out with their costumes. This year they were Frankensteins monster and his bride. Angie’s brother Randy dressed as Dr. Frankenstein. 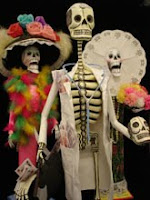 I traveled from the Twin Cities to Benson with my friends Terri and Cathy. Terri dressed as a Renaissance noblewoman, while Cathy dressed in scrubs. And, no, I wasn’t a zombie. I was actually going for the look of one of those skeleton figures in the Mexican Day of the Dead tradition (right).

Here’s part of what Wikipedia says about the Day of the Dead as celebrated throughout Latin America:

Many people believe that during the Day of the Dead, it is easier for the souls of the departed to visit the living. People go to cemeteries to communicate with the souls of the departed, and build private altars, containing the favorite foods and beverages, as well as photos and memorabilia, of the departed. The intent is to encourage visits by the souls, so that the souls will hear the prayers and the comments of the living directed to them. Celebrations can take a humorous tone, as celebrants remember funny events and anecdotes about the departed.

In the photo above, I’m standing at left with (from left) Randy, Terri, Bryon, Cathy, and Angie.

Following are some more images from the Halloween party we attended in Benson. As you can see, there were some great costumes. 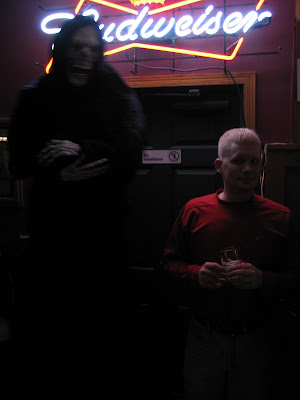 Above: Yeah, buddy, I’d be worried too! 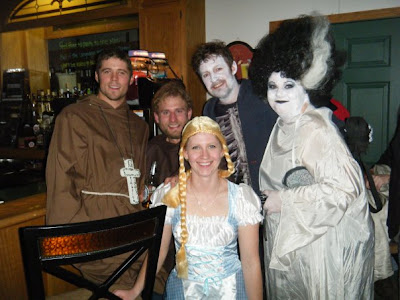 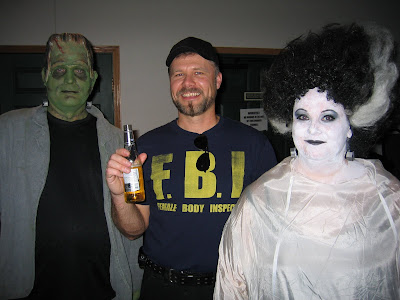 Above: Angie and Bryon with their friend Doug. 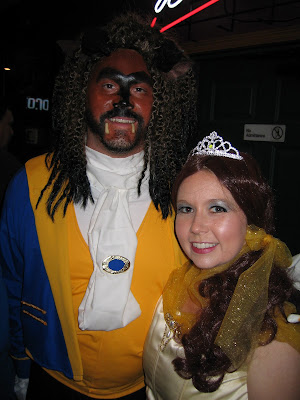 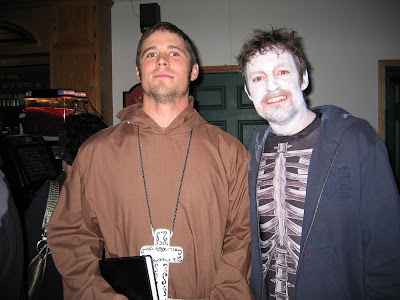 Above: One guy I met at the party at McKinney’s, Dan, was dressed as a monk. Actually, he and a friend both came as monks together, which compelled one drunken reveler to ask: “Did you two come as gay guys?” (Yes, Benson is somewhat of a hick town!)

To be honest, I can’t work out if this question was asked because Dan and his friend were simply dressed alike, or because they were dressed as monks! If it was the latter, what does that say about people’s perception of priests and monks? And is it really that off? Of course, this particular guy may have meant his question to imply that priests and monks are child molesters. In other words he may have been conflating homosexuality and pedophilia, a common though inaccurate connection (see in particular my second comment in relation to this previous Wild Reed post. Regardless of the motivation or intent, it was definitely a weird little experience. And given the setting, one that I couldn’t really explore further at the time.

Anyway, I thought Dan’s outfit and mine kind of matched, especially when you think of the frequent mixing of Roman Catholic and indigenous religious traditions throughout Latin America.

Wikipedia notes, for instance, that:

In Haiti, voodoo traditions mix with Roman Catholic Day of the Dead observances, as, for example, loud drums and music are played at all-night celebrations at cemeteries to waken Baron Samedi, the Loa of the dead, and his mischievous family of offspring, the Gede. 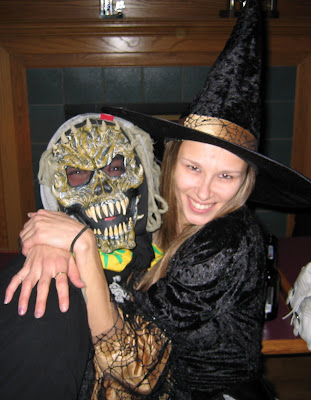 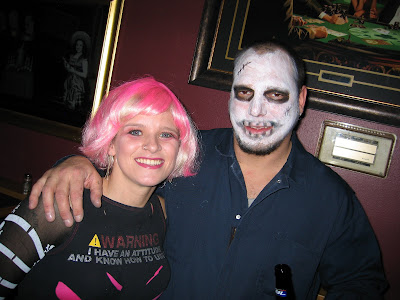 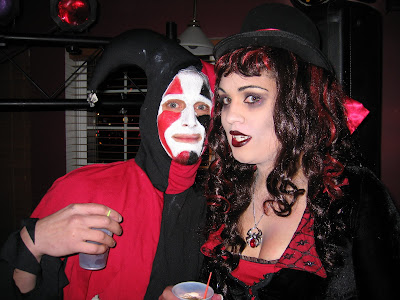 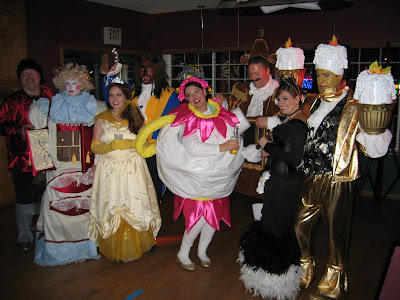 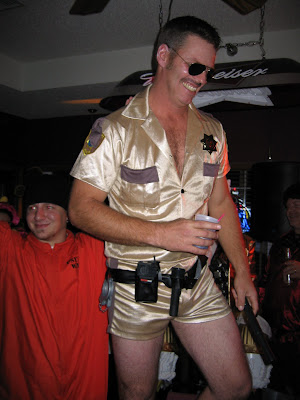 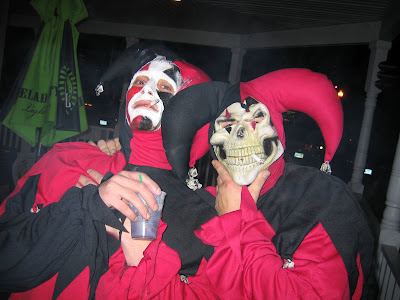 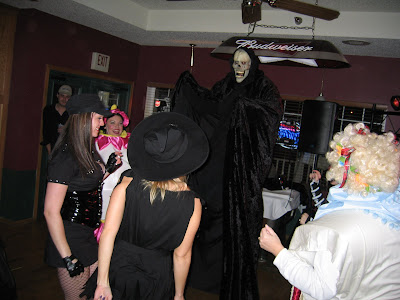 Above: Death on the dance floor! 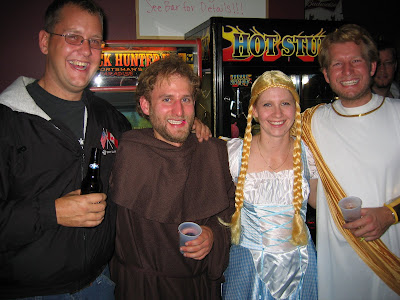 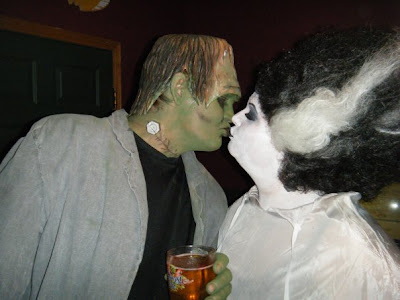 Looks like you had fun. I stayed at home and gave out Halloween candy to 20-25 Trick or Treaters. Later I talked to a friend so it was a quiet but nice night for me. Our parish had a special Mass for All Souls Day this evening so I went to that. Thanks again for the cool pictures.