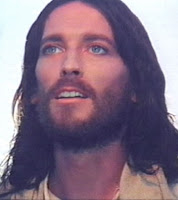 On our way to Duluth yesterday, my friend Phil and I discussed a number of the articles in the latest issue of Tikkun magazine. The theme of this particular issue is “Queer Spirituality and Politics,” and some of the articles that address this theme include “Why Gay Rights is a Religious Issue” by Jay Michaelson, “Islam and Homosexuality” by Parvez Sharma, “Queerness in the Contemporary Goddess Movement” by Starhawk, “The Uganda Controversy: Solidarity Vs. Imperialism in LGBT Organizing” by Emi Koyama, “Bisexuality – Theology and Politics” by Debra Kolodny, and “Two Spirit Activism: Mending the Sacred Hoop” by Richard (Anguksuar) LaFortune. Yes, it's definitely a must-read issue of an indispensible magazine - a magazine refreshingly progressive, both spiritually and politically. Tikkun, after all, is a Hebrew word that means "to mend, repair, and transform the world." 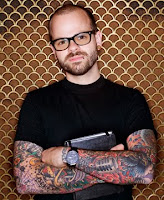 All the more appropriate, then, that for this third installment of The Wild Reed's special “Gay Pride 2010” series I share an excerpt from an article by Jay Bakker (son of televangelists Jim and Tammy Faye Bakker) featured in Tikkun’s insightful “Queer Spirituality and Politics” issue.

Bakker begins his piece by admitting that for many in his faith tradition he is a “walking contradiction”: a Southern-bred evangelical Christian pastor and a gay ally. Yet he’s adamant that “it is precisely because” of his Christian faith that he is “compelled to stand up for my gay brothers and sisters in Christ.”

In condemning homosexuality, evangelicals [and other Christians – including Roman Catholics!] hide behind the defense that they’re just “keeping it real.” It’s not their fault that they come off like callous jerks. They didn’t make up the rules. It’s God’s Law, His will. “Look it up,” they say. “It’s right there in the Bible. Right there in black and white . . .”

A friend of mine has a T-shirt that frames the issue nicely. The front of the T-shirt reads: “What did Jesus say about homosexuality? Answer on back.” But when you turn around, the back is blank.

That’s right: Jesus cared so much about homosexuality that he mentioned it exactly zero times. He thought it so central to his message of love, so fundamental to his mission of redeeming the world, that he never touched on the issue in the course of his entire public ministry. Yet, somehow, this single issue (and our response to it) has come to define Christianity in many people’s minds.

. . . When we make people feel unwelcome in our faith community because of who they are and how they love, we miss the true meaning of Christianity. We get lost in the black and white. We place false limits on God’s bigheartedness when we organize rallies against gay civil and religious rights. We violate God’s Grace and the principle of unconditional acceptance when we persist in the ill-founded idea that gays could – or should – deny their orientation [and/or its expression] in order to belong to our churches.

thanks for the heads up on Tikkum. We get it at our church and I'm the chair of the library committee! I'll look for the issue and no doubt learn a few more things!

It is a great magazine, one of the few that I regularly read cover-to-cover.

(Note that it's actually Tikkun, with an "n" at the end.)

Thanks, PrickliestPear! I've corrected the spelling in my post.