In the Garden of Spirituality - Mark Hathaway 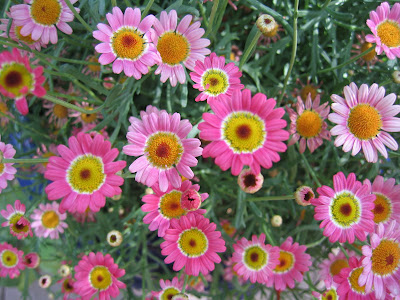 The Wild Reed’s series of reflections on religion and spirituality continues with the first of two excerpts from an article by Mark Hathaway that explores spirituality in a time of crisis. This article was first published in the May-June issue of Tikkum. Hathaway is an author and adult educator who researches, writes, and speaks about the interconnections between ecology, economics, social justice, spirituality, and cosmology. Together with Leonardo Boff, he is the author of The Tao of Liberation: Exploring the Ecology of Transformation (2009).

We can frame the spiritual challenge of our time – not primarily in terms of renunciation or self-denial – but rather as a journey toward liberation. Liberation calls us to move toward enlightenment or self-realization, breaking through the nets of delusion that deaden our souls and ensnare us. At the same time, liberation invites us to work together to free ourselves from an economic, cultural, and political (dis)order that perpetuates social inequalities and impoverishes the life-sustaining community of our planet.

Ultimately, we need to understand liberation as the process of moving toward a world where all humans can live with dignity in harmony with the greater community of life, a journey calling us to repair the terrible damage we have inflicted – or tikkun. To do this, we will need to reinvent ourselves as a species so that we transform from being a destructive force endangering the web of life to instead become increasingly conscious participants in the great, unfolding story of creation and evolution itself in its movement toward ever-greater communion, differentiation, and creativity.

In undertaking this journey, we can find both wisdom and inspiration in the creative energy evident in the unfolding dynamics of the universe, and particularly the story of our living planet. We can understand this in terms of the ancient Chinese word Tao (or Dao), often translated as “the Way.” The Tao is an embodied, “walking” wisdom leading us to harmony and right relationship. It is both the way the universe works and the flowing fabric of the cosmos that can never be fully described – only tasted. To the extent that we open and align ourselves with this innate potentiality for harmony and transformation present in all of creation, we are empowered to move toward authentic liberation.


Recommended Off-Site Link:
The Tao of Liberation: Exploring the Ecology of Transformation

See also the previous Wild Reed posts:
Quote of the Day – May 26, 2010
Standing Strong
The Sufi Way
In the Garden of Spirituality – Doris Lessing
Liberated to Be Together
Jesus: Path-Blazer of Radical Transformation