The Bisexual: "Living Consciously and Continually in the Place Where the Twain Meet" 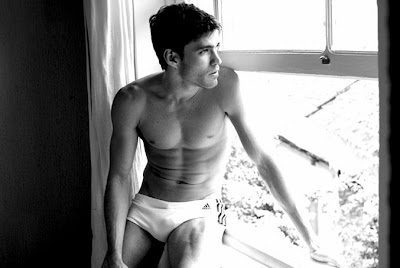 For this fifth installment of The Wild Reed’s special “Gay Pride 2010” series, I share one of the best commentaries I’ve ever read on the issue of bisexuality. It’s written by Debra Kolodny and appears in the special “Queer Spirituality and Politics” issue of Tikkun magazine.

I have a number of good friends who identify as bisexual, and I’ve observed the dismissiveness and scorn that they often encounter from both the straight world and the gay community. As Kolodny notes in her well-written and insightful piece: “[the] ability to seemingly choose the sex of [their] partner has made bisexuals the scapegoats of people who fear abundant possibility.”

The part of Kolodny’s article that most resonates with me is when she writes:

With people of all orientations, serendipity, fate, hormones, emotions, and spirit interact in a wildly unpredictable dance resulting in attraction, courtship, and partnering. None of us feels particularly in control of any of these factors!

Indeed! But, oh, how wonderful it is to be caught up in that dance!

Anyway, following is Kolodny article in its entirety. Enjoy.

Regardless of the structure, rituals, and principles of our path, and whatever the Divine name to whom we offer our prayers, bisexual and transgender people of faith live consciously and continually in the place where the twain meet.

Living fully into our destiny as b’tzelem Elohim (created in the image of a G!d who exists beyond and includes all gender identities, and who intimately and passionately loves every human regardless of gender identity) grants us access during everyday consciousness to the spiritual truth that souls are not bounded by mundane matters such as genitalia. As a result of this deep knowing, which many spiritual traditions hold as a goal of daily meditation and prayer, qualities like boundless compassion and appreciation of universal truths in the face of chaos, complexity, and even violence can be cultivated with greater ease. This, of course, can lead to a life of devoted service to people quite different from oneself or of mediating and healing conflict, helping transform unhealthy or even dangerous patterns in families, organizations, or nation states.

Despite these positive possibilities, our ability to seemingly choose the sex of our partner has made bisexuals the scapegoats of people who fear abundant possibility. Sadly, even the most tolerant and welcoming heterosexual ally has been known to challenge the decision to be in a same-sex relationship, knowing that as bisexual people we are capable of partnering with someone of another gender. Ironically, this is the height of homophobia! Failing to see worth in every soul-to-soul partnering, this position explicitly declares that if you can “help it,” loving someone of the same gender is not valid, is not holy, is not defendable.

The unfortunate framing of the lesbian and gay civil rights movement fed this paradigm and unwittingly fostered a degree of biphobia that still resonates in political, social, and spiritual contexts. Throughout the 1990s, the movement argued that sexual orientation was immutable – it could not change – and therefore was subject to the highest possible protection against discrimination. The immutability argument was chosen because it had been successful in securing and protecting rights based on race and gender under the fourteenth Amendment in decades past. In addition, the 1986 Supreme Court decision in Bowers v. Hardwick, which upheld a Georgia sodomy law, seemed to have closed the door on using constitutional privacy arguments to end discrimination based on sexual orientation.

An unfortunate side effect of the “immutability” argument was that it opened the door for the sentiment that if gay people could be straight they certainly would be, they just couldn’t help it – thereby seeing sexual orientations as similar to congenital illness. And of course, it lifted bisexuality up as the sacrificial lamb in the struggle, for bisexuals seemed to be able to choose, and if they can choose, they should, and they should choose to be heterosexual or suffer the consequences.

But does the red herring of choice really hold up under scrutiny?

With people of all orientations, serendipity, fate, hormones, emotions, and spirit interact in a wildly unpredictable dance resulting in attraction, courtship, and partnering. None of us feels particularly in control of any of these factors! We meet and fall in love with those who catch our eye, make our heart rate quicken, share our interests, make us laugh, smell right, “get” our quirks, and most often, whose culturally deemed level of attractiveness is about the same as our own. Is that exercising choice or accepting that fate/Spirit/God or luck operate through our attractions and we respond with delight and appreciation when it does?

More importantly, it is spiritually unsupportable to make lack of choice the criterion for social acceptance or legal rights. Even if choice did come into play, why should chosen attractions between consenting adults be less honored than other choices that are legally protected? The Constitution protects our rights to practice religion freely and to associate freely. Are we genetically Christian or Jew, Buddhist, Hindu, Pagan, Taoist, Bahai? Sometimes we stay in the path our our bloodline, but often we don’t. We play out our spiritual proclivities in the environments we feel called to, welcomed by, at home in. Sometimes faith is challenged and we leave. Religious conversion is accepted as appropriate and in some faiths, like many streams of Christianity, it is a critical component of the faith to bring in converts. Clearly we can accept, protect, and respect a core aspect of one’s identity when one isn’t “born that way.”

Thankfully, time bore out this truth in the legal arena. The privacy argument in Bowers v. Hardwick was ultimately redeemed in 2003 when the Court overruled its 1986 decision in Lawrence v. Texas. Stating that “Bowers was not correct when it was decided, and it is not correct today,” the court created a legal opening for a spiritual truth: love and love-making between consenting adult souls honors the soul’s boundlessness and therefore its holiness.

Indigenous traditions have long known this, identifying a role of the highest spiritual order for the person who loves someone of the same gender. Called gatekeepers by the Dagara of West Africa and berdache or Two Spirit by many Native Americans, these people were born into a special destiny, often shamans and revered leaders. May we catch up with these cultures, speedily and in our day.

For previous posts in The Wild Reed’s special “Gay Pride 2010” series, see:
Standing Strong
Growing Strong
Jesus and Homosexuality
It Is Not Good To Be Alone

See also the previous Wild Reed post:
Dan Furmansky: Why We Have Pride
Putting a Human Face on the "T" of "GLBT"
Living Lives of Principle