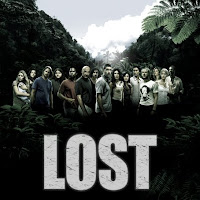 From all accounts, the recent conclusion of Lost was a total fizzer. Turns out the “survivors” on the island were actually dead and in some kind of purgatory. The most amazing aspect of this “twist” was that it required six seasons to reveal. Give me the 1972 TV movie Haunts of the Very Rich anytime. It shares the same twist, is much more compelling, and a heck of a lot shorter.

As Lost approached its finale, I read various online commentaries rhapsodizing about its “religious themes.” Yet it seems to me that it simply hobbled together elements and insights from a range of faith traditions and spiritual paths in an ultimately unsuccessful attempt to convey “deeper meaning” to the people and situations it depicted.

Yes, I admit the premise of the show was initially intriguing, but from the few snippets I watched and from what I read, it seemed clear that the show’s makers were dragging proceedings out and, worst of all, giving the distinct impression that they were making things up as they went along. 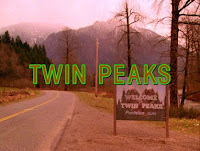 Of course, it’s not the first time that we’ve seen an initially promising TV show fizzle out. Unfortunately, the same fate befell my favorite show of the 1990s, Twin Peaks.

Following is how David Hofstede describes the “long decline” of Twin Peaks in his humorously entertaining book, What Were They Thinking: The 100 Dumbest Events in Television History. (Oh, and I think it’s safe to say that if there’s a second edition of Hofstede’s book any time soon, the finale of Lost will feature.)

The Unraveling of Twin Peaks 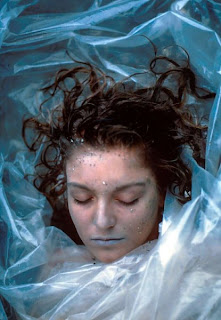 Let’s give credit where it’s due: before a television series can fall as far as Twin Peaks, it must first rise to heights of achievement beyond the imagining of most network dramas. Twin Peaks attained that level from the opening moments of its two-hour pilot, with the discovery of a corpse wrapped in plastic. “The best two hours of film you’ll find anywhere these days,” observed Rolling Stone.

The deceased was high school student Laura Palmer (Sheryl Lee), an angel on the surface but a devil down deep; just the sort of character beloved by series creator David Lynch. The oddball director of Blue Velvet and Wild at Heart instilled his trademark brand of highly-stylized weirdness into Twin Peaks, which merits comparison to his motion pictures in its scope, depth, and conception. It was a calculated risk whether Lynch’s unique vision would translate well to television, dependable purveyor of the safe and bland, but the payoff was immediate. “In one night,” raved Time magazine, “the show had hip America hooked. 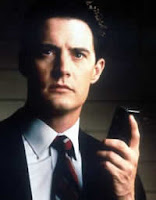 We met a selection of potential suspects – Laura’s ferel boyfriend Bobby Briggs, sensitive biker James Hurley, creepy shrink Dr. Jacoby, and wife-beating trucker Leo Johnson. But as the story unfolded to the strains of Angelo Badalamenti’s haunting music, raw emotion mixed with grotesque horror and dry humor, and viewers suspected that this was a series that felt no obligation to follow the boundaries of what was acceptable. Once that safety net was removed, the experience was both frightening and exhilarating.

Seven episodes followed the two-hour pilot, each one quite extraordinary. Viewers became caught up in the machinations of Josie Packard (Joan Chen) and Catherine Martell (Piper Laurie) at the Twin Peaks sawmill, and in saucy Audrey Horn’s undercover mission at the brothel One-Eyed Jacks. But the fate of Laura Palmer was never far from our minds, and the identity of the killer was TV’s most burning question since “Who Shot J.R.?”

The first season ended with Cooper being shot by an unknown assailant, the sawmill burning down with Catherine Martell inside, and Ben Horn unwittingly about to sleep with his own daughter, but Laura’s murder remain unsolved. Fans expected an answer before the summer hiatus, and felt cheated that they’d have to wait three months before the story resumed. “Will viewers have grown weary of the show’s cliffhanging teases”? asked Time magazine.

The fall season premiere was appointment TV, but something was amiss. The opening scene had a senile room service waiter finding the seriously wounded Cooper bleeding all over the hardwood floor, and not noticing his condition. Cooper then had a vision of a giant who speaks in riddles (“The owls are not what they seem.”) Later, Cooper shared his vision with the sheriff, and hoped to find the answers he seeks in its message. 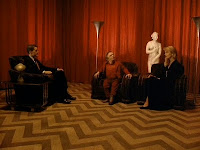 Supernatural elements were always a part of the mix. Cooper’s reliance on dreams was established early on, but as just another quirk in his personality, not his primary method of crime solving. But suddenly the entire tone of the series had changed, as Twin Peaks progressed from slightly surreal to flat-out stupid.

Ridiculous new characters turned up – foppish menswear clerk Dick Tremayne, a cross-dressing DEA agent played in drag by David Duchovny, and Lynch himself as Cooper’s hard-of-hearing boss. And still the murderer was not revealed.

It was not until episode 14, aired six months after Laura’s body was discovered, that we learned she was killed by her father, while he was possessed by a malevolent entity named Killer BOB [right]. By then, much of the audience had become frustrated, and moved on to other pleasures. The moment had passed.

In a TV Guide interview, Killer BOB portrayer Frank Silva revealed that he was originally hired as the show’s propmaster, and that his character was added as a whim after Lynch spotted him on the set. “The interview confirms what this column has suspected all along,” the piece concluded; “the great minds behind Twin Peaks are just making it up as they go.”

Such articles prompted Frost to respond that the series was never supposed to be about Laura Palmer, and that the media fixated on that story while ignoring their overall “vision.” A ridiculous argument. You introduce a murder victim in the first scene, you follow that up with a detective, suspects, clues, and an investigation, but it’s not a murder mystery? 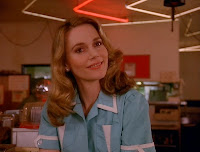 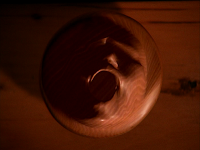 But the last few episodes are almost unbearable to watch, with their messages from outer space, and the spectacle of Josie’s spirit being trapped in the wooden knob of a nightstand drawer. Twin Peaks was finally put out of its misery after 29 shows.

Whether it was their inexperience with the dramatic television format or a certain arrogance in expecting viewers to follow them anywhere for as long as they wished, David Lynch and Mark Frost captured the nation’s attention and squandered the opportunity. “Lynch and Frost were like weekend fishermen, who when they tossed their lines in the water, hooked Jaws,” observed Brandon Tartikoff in his book The Last Great Ride. “But they couldn’t hold on to that big fish.”


- David Hofstede
What Were They Thinking?
The 100 Dumbest Events in Television History
Back Stage Books, 2004

Without doubt, one of the highlights of Twin Peaks was its music by composer Angelo Badalamenti. The opening credits sequence offers a good example of this particularly haunting element of Twin Peaks.

For more of Twin Peaks at The Wild Reed, see the previous post:
London Calling

Hey, Michael. Thanks for the music from Twin Peaks. It carried the show until the duped feeling set in.