Daniel Maguire on the Wedding of Sexuality and Spirituality

As most readers of this blog would know, moral theologian and author Daniel Maguire (pictured at left) will be in the Twin Cities this evening sharing his thoughts and insights on “Why You Can Be Catholic and Support Gay Marriage.” His talk at St. Mark’s Episcopal Cathedral in Minneapolis is being sponsored by Catholics for Marriage Equality MN. For more information, clickhere. 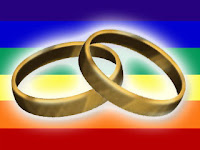 As I mentioned in an earlier post, this evening’s event will definitely be an enlightening and timely presentation, especially given the MN Catholic bishops’ current anti-gay marriage campaign ahead of the November 2 state elections. Of course, the result of the gubernatorial component of these elections may well determine the future of same-sex marriage in Minnesota. After all, gubernatorial candidates Mark Dayton of the DFL and Tom Horner of the Independence Party support same-sex marriage. Republican candidate Tom Emmer does not. And as Nicole Sotelo notes, “Any Catholic Minnesotan who watches the [bishops’ anti-gay marriage] DVD and [Emmer’s] television ad – both issued in the same week – receives a one-two punch and knows exactly who [the bishops are] championing.”

Anyway, in the lead up to Daniel Maguire’s visit to the Twin Cities I’ve been sharing over the past few days excerpts from his book Whose Church? – A Concise Guide to Progressive Catholicism. I conclude this series with the following excerpt – one that explores the “wedding of sexuality and spirituality.”

The touchstones of healthy spirituality, respect, justice, hope, and joy, are the hallmarks of good sex. Sex with a partner you do not respect is corrosive. It used to be said animal humanum post coitum triste, or “humans after love-making are sad.” And according to the poet Yeats, “a pity beyond all telling is hid in the heart of love.” That can happen. Sex awakens hopes for intimacy and the priceless gift of mutual trust. The sadness of prostitution is that it brings together hopeless partners; it fails to blend sex with our moral hopes. That is sad. Sex workers are victims, and Jesus was remarkably kind to them.

Sex wrapped in mutual caring is exalting; it blends body and spirit in orgasmic unity. It affirms our beauty as persons.

Pleasure is what sex is about, yet stoic philosophy invaded Western culture with the idea that sexual pleasure is presumed guilty until proven innocent. Only procreative intent could bring acquittal. Such nonsense! Sex rarely has anything to do with procreation. The old axiom “Listen to your body” was misapplied here. We listened too much to the penis when we should have sought an audience with the clitoris. Sexual ethics has been caught in a penis monologue. The penis has divided loyalties and multiple missions; it is concerned with procreation and waste removal. The clitoris is single-minded. Its one goal, as ethicist Susan Ross says, is “exquisite female sexual pleasure.” Clitoral wisdom is our need.

The penis has for too long dominated the sexual imagination of the Western world. Dismissing all the pleasuring possibilities available via “outercourse,” the great sexual heresy is that “no intercourse = no sex.” Without penile penetration of the vagina, sex has not happened. Bill Clinton was a preacher and practitioner of this aberrant gospel.

The hatred of women’s sexual pleasure, going all the way to enforced clitoridectomy, actually evinces a perverted sense of its importance. No wonder weak men fear it. It contains a liberative message. Part of homophobia comes from the fact that gay and lesbian sex does not seek validation in reproductivity and is simply and honestly about relationship, love, and pleasure. That is threatening to those who are pleasure-phobic.