Journeying Into the Truth . . . Valiantly, of Course!

A whisper in my ear,
a voice so strong and clear.
Upon this beach I see
a million grains of sand.
And I believe we are destined;
bound to survive against all odds.

Out where the truth lies, I will follow.
Out beyond this barren surround,
I cry without a sound.

Out where the truth lies,
I will follow my eyes into the sun.

I turn 45 today! I guess that makes me middle-aged. I don't feel middle-aged, but then I'm not sure what that's suppose to feel like. 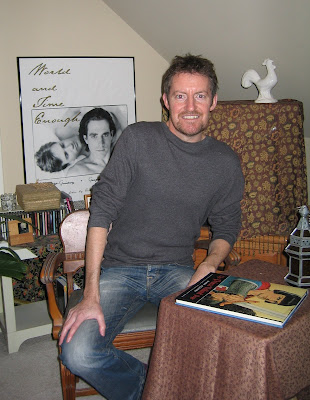 People often tell me that I don't look my age, and I can't deny that that isn't pleasing to hear. But I'm aware (and honest enough to admit) that certain things about my physical aspect are changing. I'm getting more gray hairs, for a start. And I don't always feel as energized as I used to. Also, and this isn't really a physical thing, I couldn't give a toss about keeping up with the latest trends and "stars" in, say, music. (Lady Gaga? Now, what does she sing again?)

Anyway, on my birthday last year I shared a song that spoke to me in a very special way, and I've decided to do the same this year.

The song I share this year is "Where the Truth Lies" by the band Exchange . . .

I chose this song for two reasons. First, I really appreciate its lyrics as they speak of searching, struggling, and journeying into the truth. I think that for many gay people, confronted as we are by various entities that seek to define us and even dismiss and malign us, stories of journey, liberation, and truth are very resonant.

Also, as a gay Catholic man, I really do see the clerical leadership's way of understanding and speaking about sexuality as being like the "barren surround" mentioned in the song. I truly believe that the Spirit is leading us beyond such a place and into a greater and fuller awareness of what it means to be a sexual person. It's an awareness that acknowledges and celebrates all kinds of ways that people can and do flourish as sexual beings. That's the truth the church as the people of God are living and celebrating. Most theologians are there too. The clerical leadership, however, lags far behind - unwilling to journey beyond the "barren surround" of its impoverished thinking and teaching on sexuality. I'm hopeful, though, that one day they'll catch up. In fact, my attempts to remain positive and hopeful about such change have been described as a "valiant effort." Which brings me to the second reason I chose the song that I did for my 45th birthday.

"Where the Truth Lies" by Exchange is the theme song for the 1990s animated series The Legend of Prince Valiant (right). I never actually saw this series when it was on TV, but I grew up with the renowned Sunday newspaper strip upon which it is based. Indeed, Prince Valiant was a hero of mine as a teenager and young man. My Dad had a collection of Prince Valiant comic books from the 1950s that I discovered when quite young, and later I collected the strip from the Sunday paper for sixteen years before my relocation to the U.S. in 1994. Recently, I resumed collecting it! 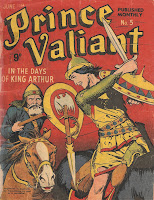 Above: A recent Prince Valiant strip by Gianni and Schultz.


I think what appeals to me most about the character of Prince Valiant is that he is always striving to be true to himself - his best self - and thus to the ideals of justice, honor, and duty. And he does this resolutely in the face of his own imperfections and weaknesses, and the uncertainties and challenges of life. 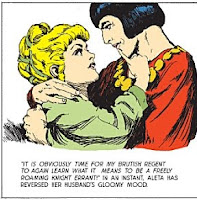 I also appreciate how the strip has chronicled the ways that Val has allowed the joys and challenges of various relationships – most notably his relationship with Aleta, the love of his life (left) – to make him a better man. Indeed, it's to the great credit of the creators of Prince Valiant that they have, over the years, allowed all the major characters in the strip to grow and develop. I think this is one reason why the strip is so popular. The characters are portrayed as very human, and readers who follow their adventures, year in and year out, are given the chance to grow with them. Over time they really do become, well, like friends. 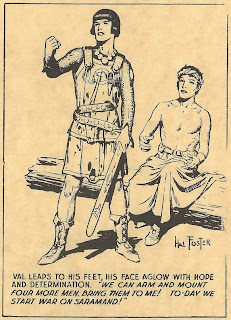 When my Dad collected Prince Valiant in the 1950s, Val was a brash, rough-and-tumble young man, eager for battle (right). To be honest, when reading those strips as a child, I couldn't really relate to that Prince Valiant. I mean, I'm not those things.

The Prince Valiant I came to know and sought to emulate as a teenager and young man was actually middle-aged (see below). He still had great adventures and traveled far and wide, but he was also a family man. He displayed compassion, fortitude and wisdom, along with courage, resourcefulness and daring. 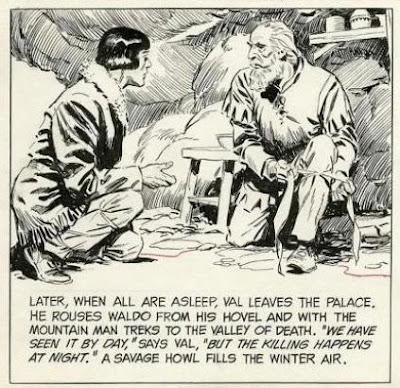 Above: A panel from a John Cullen Murphy Prince Valiant story from 1984.


He's also a man who now realizes certain truths about life. In a recent story, for instance, he tells his youngest son Nathan that "every time you kill, no matter how justly, you sacrifice a bit of your own soul." Without doubt, there's a gravity, a complexity being reflected here that I recognize and am drawn to. It's certainly not your typical Sunday funny pages fare. But I'm glad Prince Valiant, the strip, is still part of the Sunday "funny pages." It's a subversive presence, in many ways, but it's there. And I'm glad I still recognize and resonate with Prince Valiant, the character. Indeed, I think this adventuring truth-seeker will always be a hero of mine, no matter how old I am!

And that's one of the many things I'm thankful for today, my 45th birthday! 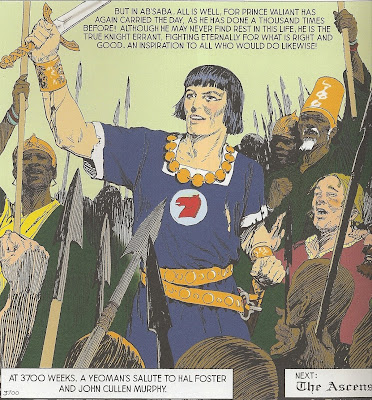 Above: In 2007, the 3,700th Prince Valiant strip was published. Above is a panel from this landmark strip. Drawn and written by Gianni and Schultz, it honored the character of Prince Valiant with the following words.

Although he may never find rest in this life, he is the true knight errant, fighting eternally for what is right and good. An inspiration to all who do likewise.

And if you look closely at the above panel you'll see that Gianni and Shultz honor the strip's two previous artists, declaring: "A yeoman's salute to Hal Foster and John Cullen Murphy." 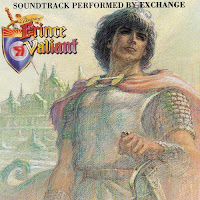 NOTE: "Where the Truth Lies" by Exchange is available on the soundtrack album The Legend of Prince Valiant.

Happy Birthday Michael! Prayers and best wishes. You are a good looking 45.

Thanks for another excellent posting. I hope that you had a wonderful birthday and enjoyed your special day.

Happy Bday from the east. I hope your life is filled with moments that showcase the abundance of life...

Thanks, Mark and A B for your 'happy birthday' wishes. I had a great birthday weekend, actually. I'll share some images in a future post. Thanks, again!