The Raising of Lazarus and the Gay Experience of Coming Out 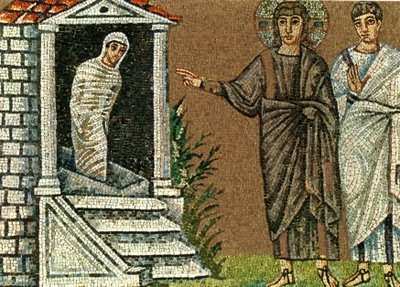 The founding members of Equally Blessed, a new national Catholic coalition for justice and equality for LGBT persons in church and society, released a powerful commentary yesterday to mark National Coming Out Day. I particularly appreciate and resonate with the authors’ comparison of the Lazarus story of the Gospel with many gay people’s experience of coming out.

The Spiritual Side of "Coming Out"


Today is National Coming Out Day, a day set aside as a special time of reflection and celebration by gay/lesbian/bisexual/transgender (GLBT) advocacy groups to highlight the unique perspective of GLBT people in “coming out of the closet” to acknowledge, embrace, and communicate their sexual orientation and gender identity.

Despite the wide diversity of GLBT people in our midst, one common experience is that all have gone through a process of recognizing that their orientation or gender identity differed from what their society was telling them it should be. Engaging in this process of “coming out” has helped many GLBT people to develop personal characteristics such as courage, truth-telling, personal strength, and community-building – all inherently spiritual traits.

Coming out entails an inherently spiritual process that makes National Coming Out Day not only a day for secular GLBT advocates to celebrate, but one for people of faith to honor as well. For many GLBT people, coming out is part of a faith journey. They speak of coming out as enhancing their prayer lives and their relationship with God. Many gain strength from seeing their sexuality and gender not simply as biological factors, but essentially as spiritual ones. In the Catholic community, we have heard many stories from GLBT people who found strength in their coming out processes from stories of the saints who had strong, intimate, and life-sustaining same-sex relationships or whose gender identity transgressed societal norms. (Dressing and acting as a man, St. Joan of Arc served in the French army in the 15th century. Transgender people find strength from her example.)

The spiritual dimension of coming out challenges faith communities to recognize and affirm this experience as an avenue of grace. For the Catholic church, which has such a rich tradition in ceremony and ritual, establishing a “rite of coming out” would be a beautiful way to affirm people who have come to this awareness. Indeed, a number of smaller denominations and religious advocacy groups have already developed such rituals. 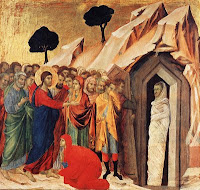 The story of Lazarus in John 11 resonates with GLBT Christians’ coming out experiences. In this story, Jesus visits the home of his friend Lazarus, who has died and been buried in a tomb. When Jesus arrives on the scene, he calls forth Lazarus from the tomb, with the words, “Come out!” Modern GLBT Christians see in this call of Jesus a call to new life that strongly parallels the call that they have experienced in coming to accept their sexual orientation or gender identity. The closet symbolized a kind of death for them. In coming out of the closet, they are answering a God-given call to live a new life.

After Lazarus has emerged from the tomb, Jesus directs the people assembled to “Unbind him and let him go free.” It is the responsibility of the assembled community to assist a GLBT person in their experience of new life, just as they would help any other member who has had a life-altering situation, particularly one that might have involved some element of struggle.

In celebrating coming out, a community celebrates the journey of overcoming fear and doubt, of telling the truth in the face of strong opposition, of affirming the goodness of an individual’s experience, of learning to rely on the voice of God. Too often religious communities suffer from “groupthink” and a “we’ve always done it this way” mentality. By celebrating the coming out experience, communities are essentially celebrating the gift of prophecy in their midst.

On this particular coming out day, we are happy to come out announcing the formation of Equally Blessed, a new Catholic coalition that will work for justice and equality for GLBT people on a broad range of issues both in society and within our church. Our four groups – Call to Action, DignityUSA, Fortunate Families and New Ways Ministry – have a combined history of working for 112 years on these issues, and we have decided to work together to help unbind people and let them go free. We recognize that many Catholics in the pews – GLBT people and heterosexual allies – are now stepping forth bravely to fight injustice in polling booths and in church organizations. We want to help amplify the voices of those who are speaking for justice, as well as assist those who need a little help to "come out" with a prophetic stance.

National Coming Out Day can be a day when we not only celebrate GLBT people in our midst, but a day when we celebrate the need for all of us as individuals and as religious communities to come out of our closets of fear, secrecy, and shame. It is a time to speak forth boldly what God has taught us from our lives and in our consciences. It is only when we come out of the closet--whatever types of closets that we find ourselves in--that we can live in the light and grow.

Francis DeBernardo is the Executive Director of New Ways Ministry. Marianne Duddy-Burke is the Executive Director of DignityUSA. Casey Lopata is a co-founder of Fortunate Families. Nicole Sotelo is JustChurch coordinator for Call To Action. All are founding members of Equally Blessed, a Catholic coalition for justice and equality for LGBT persons in church and society. 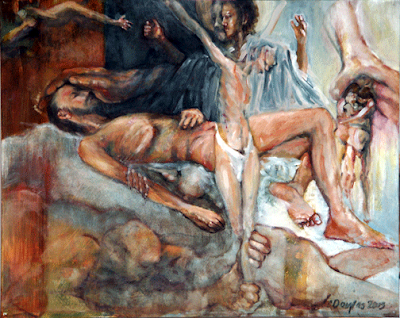 See also the previous Wild Reed posts:
Coming Out: An Act of Holiness
Darren Hayes, Coming Out . . . Oh, and Time Travel
Ian McKellen’s Two Greatest Achievements: Playing Gandalf and Coming Out
A Girl Named Sara: A “Person of the Resurrection”
No Matter What
Quote of the Day – July 16, 2010

Another excellent article. I always loved this gospel story. This puts a new light on it.