Peter Certo: “We Can Have the Filibuster or Democracy – But We Can't Have Both” 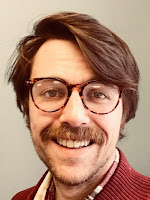 Peter Certo is the editorial manager of the Institute for Policy Studies (IPS), a progressive organization dedicated to building a more equitable, ecological sustainable and peaceful society. Certo edits IPS’s Foreign Policy In Focus and OtherWords services, contributes regularly to both outlets, and works with IPS experts to develop writing for mainstream and progressive publications.

Certo’s latest piece of writing focuses on what I and many others consider the most pressing issue facing American democracy today: the threat to voting rights posed by both the Republican party’s wave of voter suppression laws and, as Certo puts it, the “arcane Senate tactic called the filibuster,” which allows opponents of legislation to force supporters to come up with 60 votes, instead of a simple majority.

The filibuster is important in all of this because the Democratic party, which has the presidency, the Senate, and the House, has a piece of legislation called the For the People Act which will not only block the Republican party’s voter suppression efforts, but remedy so much of what is currently wrong with the American political system, most notably the undue influence of money in politics. Republicans, however, are using the filibuster to not only block passage of the For the People Act but to block even debate on the Senate floor about this important piece of legislation.

Peter Certo's erudite and insightful take on all of this is reprinted below with added links.

The American political system is complicated, but fixing it doesn’t have to be.

Voters of all stripes broadly agree on the kinds of changes they’d like to see. We need less money in politics. It should be easier to vote – early, in person, or by mail. And voters should be able to pick their own representatives, not the other way around.

The For the People Act, which passed the House earlier this year, would do all of these things. It includes new ethics rules for members, protects and expands the right to vote, and would restrict the extreme partisan gerrymandering that’s become commonplace. No wonder it’s popular – around two-thirds of Americans tell pollsters they support it.

It’s also, for now, doomed. And with a wave of voter suppression laws, new gerrymandering schemes, and ongoing efforts to discredit the 2020 election results still underway, that’s a very dangerous development for our democracy.

Explaining why reveals some truly absurd things about our system. For one thing, the law just “failed” by a party-line Senate vote of 50-50 – 50 Democrats for, 50 Republicans against.

Ordinarily, 50 votes should be enough to pass something in the Senate when the vice president supports it, as Kamala Harris does. But thanks to an arcane Senate tactic called the filibuster, opponents of legislation can force supporters to come up with 60 votes, instead of a simple majority.

It gets even more absurd when you realize that those 50 Democrats represent over 40 million more Americans than those 50 Republicans. And with the filibuster, Republicans representing just 20 percent of us can easily stop legislation that overwhelming majorities support.

The filibuster is how Republicans are holding up everything from universal background checks on gun purchases to popular laws that would protect the environment, the right to form unions, or now voting rights.

Republicans are champions of the filibuster now, but it was only a few years ago that they weakened it so they could pack the Supreme Court with unpopular nominees like Brett Kavanaugh, who was credibly accused of sexual assault.

Meanwhile, in states across the country, filibuster-free Republican legislatures are pushing hundreds of laws that will make it much harder to vote – or even, in some cases, let those same lawmakers overrule decisions made by voters.

Now that they’re in power, the Democrats could get rid of the filibuster. Hundreds of historians and political scientists, alarmed by the state-level onslaught against democracy, have warned that they’ll need to do just that. So too have hundreds of faith, labor, voting rights, and environmental groups.

Kill the filibuster and pass the For the People Act, they urge, or our democracy may not survive.

But a small number of Democrats – notably Senators Kyrsten Sinema (D-AZ) and Joe Manchin (D-WV) – have steadfastly refused. In high-profile op-eds, they’ve called the filibuster essential to democracy and bipartisanship.

These claims are absurd. Plainly, the filibuster is enabling an extremely partisan assault on our democracy. If you commit to bipartisanship with a party that’s waging an all-out war on democracy, the only bipartisan thing you’ll win is its demise.

For now, pro-democracy groups are stepping up their pressure campaigns.

The Poor People’s Campaign is marching on Manchin and Senate GOP leader Mitch McConnell. Others are targeting the Senate’s Democratic leaders, who are only in power because an extraordinary mobilization last year helped them win the Senate despite the map being tilted toward Republicans by over 40 million people.

But the truth is, the movements and the voters have done their part to protect our democracy. If senators don’t do theirs, they may well deserve to lose – but not if they take our democracy with them. Tell your senators: End the filibuster, pass the For the People Act.

– Peter Certo
“We Can Have the Filibuster or Democracy
– But We Can't Have Both”
OtherWords
June 23, 2021

See also the previous Wild Reed posts:
• Sen. Tina Smith: The Filibuster Rule Is “Fundamentally Undemocratic”
• Rep. Ilhan Omar: Quote of the Day – May 29, 2021
• Heather Cox Richardson on Combating the Republican Party’s “Rigging of the System”
• Something to Think About – March 9, 2021
• The Big Switch
• David Sirota: Quote of the Day – January 26, 2021
• We Cannot Allow a Biden Win to Mean a Return to “Brunch Liberalism”