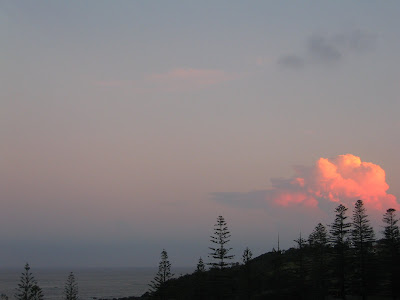 Following is the third and final part of Anatone France’s short story, The Ocean Christ.* (To start at Part 1, click here.)

Pierre was an innocent; and because he had not sense enough to earn a livelihood, people gave him bread out of charity; he was liked because he never did any harm. But he wandered in his talk and no one listened to him.

Nevertheless Monsieur Truphème, who had never ceased meditating on the Ocean Christ, was struck by what the poor imbecile had just said. With the beadle and two sidesmen he went to the spot where the child said he had seen a cross, and there he found two planks studded with nails, which had long been washed by the sea and which did indeed from a cross.

They were the remains of some old shipwreck. On one of these boards could still be read two letters painted in black, a J and an L; and there was no doubt that this was a fragment of Jean Lenoël’s barque, he who with his son Désiré had been lost at sea five years ago.

At the sight of this, the beadle and the sidesmen began to laugh at the innocent who had taken the broken planks of the boat for the cross of Jesus Christ. But Monsieur le Curé Truphème checked their merriment. He had meditated much and prayed long since the Ocean Christ had arrived among the fisherfolk, and the mystery of infinite charity began to dawn upon him. He knelt down upon the sand, repeated the prayer for the faithful departed, and then told the beadle and the sidesmen to carry the flotsam on their shoulders and to place it in the church. When this had been done he raised the Christ from the altar, placed it on the planks of the boat and himself nailed it to them, with the nails that the ocean had corroded.

By the priest’s command, the very next day this cross took the place of the cross of gold and precious stones over the churchwarden’s pew. The Ocean Christ has never left it. He has chosen to remain nailed to the planks on which men died invoking His name and that of His Mother. There, with parted lips, august and afflicted, He seems to say: “My cross is made of all men’s woes, for I am in truth the God of the poor and the heavy-laden.”