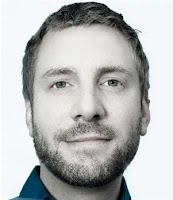 Despite the fact that we both live in the Twin Cities, are “Facebook friends,” and share a passion for LGBT rights, I’ve yet to meet Andy Birkey – something that I think I’ll try and rectify upon my return to the U.S. next month. Then again, I don’t need to meet Andy to know that as the editor-in-chief of the Twin Cities-based LGBTQA magazine The Colu.mn, he’s a gifted (and prolific) writer, well-equipped to address the crucial issues facing LGBT folks and, indeed, all who are interested and committed to human and civil rights in our world today.

His
latest piece is not only as informed and insightful as ever, but it takes on Star Tribune columnist Katherine Kersten – something that’s always worth celebrating and publicizing.

That being said, following is Andy’s January 26 Star Tribune “Your Voices” column.

I gave myself a week to cool down after Katherine Kersten’s “Thats a Funny Way to Show Tolerance,” a column that portrayed the battle over gay marriage in that California as one fraught with intimidation at the hands of “gay activists.” I think invoking “Ku Klux Klan” and “neo-Nazis” as comparisons to the anger felt by members of the LGBT community when their right to marry was voted away by their neighbors constitutes intellectual vandalism; it offers nothing constructive to the debate on marriage equality in Minnesota or California except to passive-aggressively name-call.

But, the context that Kersten left out of her writing is crucial to understanding the “bullying tactics” she says target people of faith. Fortunately, in the age of the internet, context is only a click away.

It was Christian groups who bankrolled a vast amount of the misleading advertising in support Prop 8. The groups pushed out ads reminiscent of Anita Bryant’s “Save the Children” campaign of the late-1970s, that giving gays rights would harm children. Prop 8 supporters used a similar campaign, “Protect Our Children.”

“The focus on children was the most striking thing – that we have to protect them from gay marriage. That it could lead children who are confused about their sexuality to become gay, which would be undesirable,” testified Yale historian George Chauncey during the Prop 8 trial. “It was a very effective campaign. Its very name drew on and renewed these public campaigns labeling homosexuals as child abusers,” said Chauncey.

“It is a sign of how the place of gay people has changed and what one can say in polite society about gays since Anita Bryant has changed,” said Chauncey. “[The ad] is a pretty strong echo of the argument that simple exposure to gay people is going to lead a whole generation of gay kids.”

The ads were even a bit too strong for the Mormons, a religion that bankrolled a significant portion of the anti-marriage equality forces, and they tried to hide their significant involvement.

It’s in that environment that frustrations led to violence by both sides of the marriage debate in California. There were documented reports of intimidation, vandalism and violence on both sides of the Prop 8 campaign, but very little manner in which to aggregate them all. Fortunately, California has a robust bias crime reporting system, and certainly if a rash of crimes was committed against same-sex marriage opponents, it would show up there.

In 2008, the year of the contentious Prop 8 battle and the most recent year for which data is available, there were 8 bias crimes against Protestant Christians and 12 against Catholics in California. That’s roughly what the state saw in 2007 which was 11 and 10, respectively. Presumably, the rash of anti-Prop 8 violence was directed at the Church of Jesus Christ of Latter Day Saints (LDS), or the Mormons, which funneled huge amounts of money to fight gay marriage, but California doesn't track those numbers, only “anti-other religions.” That number increased from 2007 to 2008 from 24 to 64. A very liberal estimate would say 84 bias crimes were committed against Christians of all traditions in California in 2008.

There were 293 anti-LGBT bias crimes in the same period – more than three times that of anti-Christian crimes. And LGBT people make up an exponentially smaller portion of the population.

Just as in the case of religion Prop 8 supporters, there was evidence to support the case that LGBT Californians were singled out because they opposed Prop 8. In just one California county, Los Angeles County, pro-gay marriage supporters were targeted. “The public debate around Prop 8 triggered 9 anti-lesbian, gay, bisexual, or transgender (LGBT) crimes,” wrote the LA County Attorney. “Five of these crimes were acts of vandalism in which opponents of Prop 8 had their property targeted by homophobic (and in 1 case, anti-black) graffiti. In addition, there were 4 violent crimes.”

To go off topic slightly . . . Kersten decries “bullying tactics,” “harassment,” and “persecution,” and that’s something members of the LGBT community know about: 24 LGBT people were murdered in the U.S. in 2008 for being, or suspected of being gay, lesbian, bisexual or transgender. Zero Americans were killed because of their religion. It’s also unlikely that anyone was killed because of Prop 8.

But, it’s clear that both sides of the same-sex marriage debate in California behaved badly. Gays and lesbians in California had a glimpse at what they see as equality, and they had that equality taken away at the ballot box by their friends, family and neighbors. While vandalizing signs and targeting businesses for a boycott because an employee donated to a cause isn’t justified, it’s certainly understandable.

Opponents of equal rights for gay couples felt that gay marriage in their state was an affront to their deeply held religious beliefs mainly because ads touted the dangers of churches being shuttered and people being sued for not accepting gay marriage, and that school children would be taught gay sex. Those well-funded (mainly by Christian groups) ads telling people of faith those false consequences, otherwise peaceful people resort to drastic acts to protect their faith.

Instead of fanning the flames of fear – as Kersten does in her recent column – a responsible columnist would look for ways to find common ground on a contentious issue that isn’t going away any time soon. And the tactics of neither the anti-gay marriage Christians nor pro-gay marriage activists are anything like the Ku Klux Klan or neo-Nazis. That’s something most reasonable people – except perhaps Kersten – can agree on.

NOTE: For Randi Rietan’s response to another anti-gay column by Katherine Kersten, click here. For a response to Kersten from Dave Mindeman of the Minnesota Network for Progressive Action, click here.