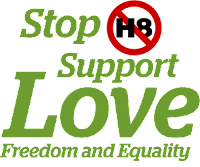 It’s shaping up to be a big day for Catholics in the Twin Cities tomorrow!

In Minneapolis, theologian Roger Haight is headlining Call to Action-MN’s spring conference, while in St. Paul, Catholics for and against marriage equality will be gathering at the University of St. Thomas.

Following is a media release about the event in St. Paul.

Archbishop John Nienstedt and the Office of Marriage, Family, and Life invited Maggie Gallagher and Bishop Salvatore Cordileone to speak at an Archdiocesan event at the university. Both are leading activists in the efforts to take marriage away from loving couples in California and Maine. Gallagher heads the anti-equality group, National Organization for Marriage (NOM), while Bishop Cordileone of Oakland has been called the "Father of Proposition 8." NOM also worked hard to block marriage equality in Washington D.C. but failed.

Rev. Rebecca Voelkel, Program Director of The Institute for Welcoming Resources of the National Gay and Lesbian Task Force, said, “I call on leaders of NOM to tell the truth — the truth is, marriage will be a stronger institution when everyone has the right to marry the person they love.”

“Along with Maggie Gallagher and Bishop Salvatore Cordileone, instigators of California’s Proposition 8 are coming to the University of Saint Thomas to bring their campaign of discrimination against gays, lesbians, bisexuals and transgender people to Minnesota,” said OutFront Minnesota Executive Director Amy Johnson. “Fair-minded Minnesotans who agree that all families should be protected under law are speaking out.”

Michael Bayly, Executive Coordinator of the Catholic Pastoral Committee on Sexual Minorities said, “We ask Archbishop Nienstedt to join us in speaking out against discrimination of any kind. We invite him to lead the way in developing an understanding of sexuality informed by the experiences of all, and by the insights of science. After all, we have a long tradition of valuing both faith and reason in the development of Catholic theology. We seem to have lost that tradition when it comes to the issue of homosexuality. And that’s really sad – for gay people and for the church.”

Polls show that Catholics in the pews support equality of GLBT people more than any other Christian tradition. “We value human rights and social justice,” said Bayly, “but our Catholic clerical leadership ignores these rights when it comes to the lives of GLBT people. We think it’s time our clerical leaders support justice and fairness for all people.”

OutFront Minnesota, the state’s leading organization working for equality for gay, lesbian, bisexual, and transgender (GLBT) people and their families, is working with individual and organizational allies to protest their message of exclusion and discrimination.

Same-sex couples may now marry in five states and the District of Columbia, in addition to several countries, including Spain, Canada, and cities, including Mexico City. In 2010, the Minnesota legislature held its first hearings on legislation that would bring marriage equality to this state. Several other states and countries legally recognize same-sex couples through such laws as domestic partnership. Polls show that clear majorities of Minnesotans support legal recognition of same-sex couples.


See also the previous Wild Reed posts:
Andy Birkey on the Church’s “Blame the Gays” Fixation
A Catholic Voice for Marriage Equality at the State Capitol
Catholics Join in Nationwide Protests of Prop 8
A Catholic Presence at Gay Pride
300+ People Vigil at Cathedral in Solidarity with LGBT Catholics
A Christian Case for Same-Sex Marriage

Joining this protest will be people from St. Mark's Episcopal Cathedral. "Where ever you are on your Faith journey, St. Mark's Welcomes You."

Mick, I read the Wild Reed almost daily. It just blows my mind how informing it is and interesting, but most of all NOT BORING the way you write it.

You're doing a wonderful thing, Mick.

“I call on leaders of NOM to tell the truth — the truth is, marriage will be a stronger institution when everyone has the right to marry the person they love.”

I don't question marriage involving marrying the person I love - heck, I did and I'm better for it.

I do question whether marriage is ONLY "marrying the person I love." The Roman Catholic wedding ritual outlines the Church's view of marriage. How could or should that ritual be re-written? And what would that new ritual say about the underlying definition of marriage - a new definition?

Good questions, Mark. I don't have ready answers to them.

I just wish Archbishop Nienstedt, rather than inviting the two anti-equality activists that he did, had initiated a forum to which people with a range of perspectives and ideas had been invited to discuss the complexity of this issue and the types of questions you pose.

I think part of the role of a bishop is to shepherd ideas and insights in this way; to get dialogue started; to be open to the presence of God in the lives and relationships of all. And if necessary, to help facilitate reform and renewal within the institutional component of the church.

You might find Daniel Maguire's "A Defense of Same-Sex Marriage" interesting and helpful.

I hope though that you have some people inside that can ask questions. Those that hate the gays will probably just ignore the protesters but if they are there in the audience and speak up the people won't be able to ignore them.

Michael, has Archbishop Neinstedt had any outreach to gay people of late or has he pretty much written them of as "non-persons"?