"I Can No Longer Fight Who I Am" 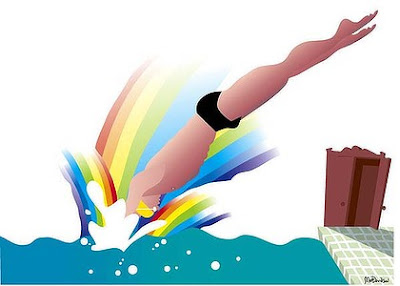 I love a good coming out story. And by good I mean that it articulates with honesty the range of emotions that so often accompanies that crucial part of the coming out journey when a person shares with others who it is they really are.

Former Australian Olympic swimmer Daniel Kowalski recently shared just such a “good” story in a self-penned column in The Age of Melbourne. The paper used a brief but poignant sentence to introduce it: “Behind the Olympic glory, one of our swimming greats was drowning.”

Following are highlights from Kowalski’s column, “Into the Deep End.” 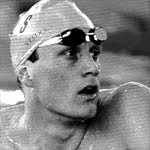 Being a gay man with a foot half in and out of the closet is tough; the games it plays with your mind – and more importantly, your heart – are hard to put into words but I am going to try my best.

I finally accepted my sexuality at the end of 2006 following a huge anxiety attack at work. After what were literally years of torment, denial and very, very dark times, I couldn’t live a lie to myself any more.

. . . This year, more than I can remember in recent times, it seems as though there have been an influx of coming-out stories or gay points of conversation. For the people coming out it is no doubt a courageous step and I truly admire them and am inspired by their stories.

Being a gay man and wanting to talk about it is not just about being more comfortable with who I am but also a reflection of the world we live in. It is 2010 and while there is still a long way to go, there is no question the world is a little more accepting of homosexuality.

I recently read in The Sunday Age (“Stars of the AFL [Australian Football League] come out for gays,” 11/4) that the AFL, perceived as one of the last bastions of masculinity and homophobia, through its players association was taking a stance to stamp out homophobia by featuring some of its players in a series of campaigns.

This is a huge step and as a gay man something I am extremely appreciative of because at the end of the day this support, and in turn education, is what is needed.

As an elite athlete and career education adviser, day to day I work with athletes promoting balance in their lives and being true to themselves. I can’t help but feel like a hypocrite when I haven’t been doing it myself.

They inspire me to be a better person and I have worked so hard for their respect.

My only fear in writing this is I truly hope my relationships don’t change and that they, like their AFL counterparts, can lead the way in helping to break down barriers.

It has been said, and will continue to be said, that even if you don’t think you know a gay person, chances are you do.

Try to put yourself in that person’s shoes. Imagine feeling as though you have nobody, being alone and feeling that you don’t have anywhere to turn. You may not respect, understand or agree with their sexual orientation, but I hope you can find it in your heart to understand that they may, like so many people, feel a terrible loneliness.

Despite the dark, fearful and lonely times, being able to write this fills me with a sense of freedom, pride and relief. There truly is a genuine sense that everything will be OK.

I wrestled for a long, long time wondering whether being gay made me a bad person, but I can no longer fight who I am and that, simply put, is just me. Daniel Kowalski.


To read Kowalski’s column in its entirety, click here.

See also the previous Wild Reed posts:
Ian McKellen’s Two Great Achievements: Playing Gandalf and Coming Out
Out Gay Actor Neil Patrick Harris: “I’m Striving to Be an Example of Normalcy
“Glambert” and the New Gay Stereotype
Adam Lambert: No Surprise, But An Important Event Nonetheless
It Shouldn’t Matter, Except It Does
Matthew Mitcham: Making a Splash
Openly Gay Diver Wins Olympic Gold
Darren Hayes, Coming Out . . . Oh, and Time Travel
Ricky Martin: Well, Better Late Than Never, I Guess
Coming Out in Africa and the Middle East
To Be Gay in Iraq . . .
Coming Out: An Act of Holiness
The Triumph of Love: An Easter Reflection
A Girl Named Sara: “A Person of the Resurrection”
Soul Deep

Thanks for linking to this. How can anyone read this and still say we choose to be gay?

Thanks for sharing a beautiful article.