The Wounded and Risen Christ 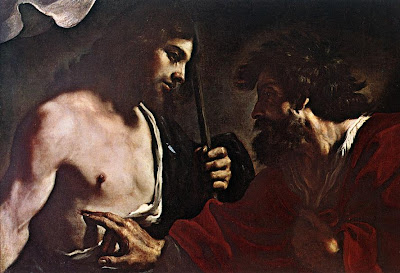 Following is an excerpt from a thoughtful Easter reflection by Timothy Radcliffe, OP. This reflection can be found in its entirety in the book that Radcliffe edited, Just One Year: A Global Treasury of Prayer and Worship. 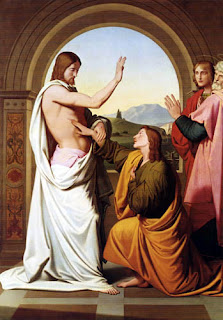 When Jesus appears to his disciples, “he showed them his hands and his side.” In fact the whole of this account of the appearance of Jesus in John’s gospel appears to focus more upon the wounds of Jesus than on his resurrection. When Thomas comes back and hears about the appearance of Jesus, all he wants to do is to touch the wounds. “Unless I see in his hands the print of the nails and place my finger in his side, I will not believe.”

Why does a story about the risen Christ focus so much on his wounds? It is because he is wounded and raised. When we think about the resurrection, we many be tempted to think that it is a stage in Jesus’ life. He died, and then he rose and put hurt and death behind him. One might think that being wounded and dead are things of the past after the resurrection, just episodes from an earlier moment in his story. 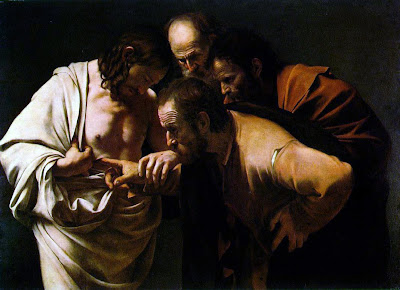 But in the resurrection [God] gives back to Jesus the whole of his life, all that he has lived. He is now the wounded and risen Christ. One might even say that he is now the killed and risen Christ. That might sound rather paradoxical but it is, in every sense of the word, vital. In the Latin of the Preface which Catholics use at this time of the year it says that he lives “for ever slain.” “Semper occisus.” 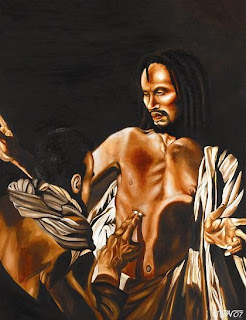 This is vital because it means the risen Lord is now in touch with wounded humanity. All over the world, human beings are being wounded and killed. Some 20,000 people die a day just because they are too poor to go on living. Millions of others are wounded by torturers, in the conflicts between gangs, by inhuman labor in sweatshops. Good Friday goes on all over the planet. If the resurrection was Jesus simply putting all that behind him, like a man who leaves hospital recovered from his wounds, then he would have nothing to do with us now. We may hope for the resurrection as future comfort, but now we would be stuck in the hurt and pain, remote from God.

A friend of mine, an American Dominican, went to work for a few years in Peru. At first he was rather horrified by how the religion of the indigenous people in the Andes seemed to be dominated by images of the crucified Jesus, with hideous wounds. He asked himself whether they really believed in Easter. Did their faith stop on Good Friday? As he got to know them he realized how wrong he was. They were indeed expressing their faith in the risen Lord, but the one who still shared their pain so that they might now share his life. 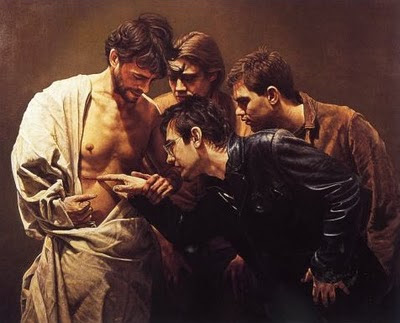