One Overwhelming Fire of Love 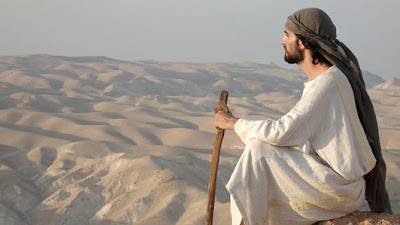 
I believe Jesus willingly and consciously precipitated the events that led to his capture, trial, and crucifixion. Whether or not he knew, in any human sense of “knowing,” that his descent into the ultimate depths of humiliation and torment would utterly remake his being and the whole future of humanity we can never be sure; the account of the Gospels of the crucifixion and resurrection were written after the fact, and with certain clarities projected backwards.

I believe that Jesus did not know; that he risked his entire being in a final terrible adventure whose end was not certain. This better explains, I believe, his fear and fragility in the Garden of Gethsemane and the moments of doubt on the cross. He did not “know”; he loved and trusted and surrendered and went on loving and trusting and surrendering, more and more deeply, more and more abandonedly, as the storms of suffering that buffeted him became more and more atrocious. Everything that he discovered and lived, every truth that he had taught, every passion for a new world that had awoken in him now had to coalesce into one overwhelming fire of love, which would rest death itself and beat against the doors of that law of nature that had up to then kept heaven and earth separate, the living and the dead in their different rooms.

In his life, Jesus had lived out the truths of the Kingdom on earth with extreme integrity; now in his dying he would subject that integrity to an even greater test – the test of annihilation. Had Jesus known that he would be reborn on the third day, some of the final work of that annihilation could not be done; the dying that led to the resurrection had to be a complete annihilation of everything, even of his belief in himself, in his mission, in his unfailing and infallible connection to God, perhaps even of his belief in the deathlessness of divine love itself. All certainties and forms of knowing and awareness had to be utterly annihilated in God for the new to be possible, the utterly unprecedented to be born.

No one, not even the greatest mystic, can know beforehand what such a stripping inevitably entails; its agony is too extreme for the mind to imagine and its torture reaches more deeply and finally into the ultimate recesses of being than any previous form of suffering. All that anyone who has come to this final place can do is what Jesus did – give up everything to the mystery of God, surrender totally. Such a surrender is a passing through zone after zone of loss, humiliation, and crushing, savage suffering; one of the many ways in which Jesus moves us to depths we hardly knew we possessed before we began to know him is that for him, too, such a surrender was dreadful and cost everything and had to be done in ever-more demanding stages of terror and weeping and deeper and deeper prayer. But a whole lifetime of the most passionate love and sacrifice had prepared Jesus to take this journey on behalf of the whole of humanity.

In his life and teaching, Jesus had shown the inner and outer truths of the Kingdom; he had been a living son of its fire. Now in his dying, he would bring the realization of the Kingdom on earth even closer by sacrificing everything for it in extreme and final trust, abandon, and love. Through such an extreme gift of himself he was not “simply” redeeming the sins of humanity; that is too small a description of so vast an enterprise. He wasn’t “just” redeeming the past of humanity but revealing the limitlessness of the powers entrusted by God to the human soul, and so revealing a wholly new possible future. By suffering horrible evil without hatred and in the spirit of forgiveness of the Kingdom, he put into ultimate practice his teaching of loving non-violence on the deepest possible level, and showed that such love could birth a soul-force capable of carrying him – and anyone who truly believed and trusted it – not only through death but into the dimension of the deathless, where the Kingdom’s dream of fusing matter and spirit in one glory permanently would be realized, as it was realized in him “on the third day.”


NEXT: The Most Dangerous Kind of Rebel


For previous installments of this series, see
Jesus: Path-blazer of Radical Transformation
The Essential Christ
One Symbolic Iconoclastic Act

See also the previous Wild Reed posts:
Why Jesus is My Man
An Enlightened Exploration of Integrity and Obedience
Revisiting a Groovy Jesus (and a Dysfunctional Theology)
What We Can Learn from the Story of the Magi

Thank you for the Holy Thursday meditation, Michael. Living for the Kingdom of God and surrendering ego--a striking way to express it.