In the Garden of Spirituality - James B. Nelson 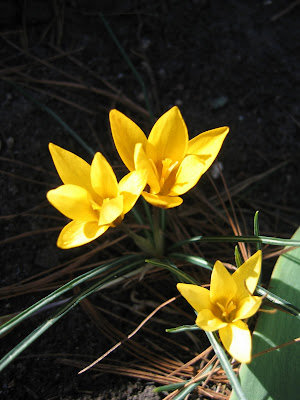 
The Wild Reed’s series of reflections on religion and spirituality continues with an excerpt from James B. Nelson’s landmark book, Embodiment: An Approach to Sexuality and Christian Theology.

In this particular excerpt, Nelson explores the meanings of love.


[The word love] is slippery and even dangerous. From the torturers of the Inquisition to paternalistic slave-owners to dominating husbands and fathers, in gross and subtle ways people over the centuries have dehumanized other people in the name of love and frequently with the sincerely-felt conviction that they were indeed acting in disinterested love. So also, “love” has been invoked to justify sexual expressions of all sorts: “if you love each other, it’s all right.” In one sense that claim is profoundly true – since love is the central meaning and purpose of our sexuality, it is also the measuring standard and justification for any particular sexual act. But everything hinges upon the content given to the word.

. . . Love is both the process and the reality of communion – it is that relationship of reunion with God, with the creaturely neighbor, with the self. [Paul] Tillich puts it well: “[Love] is the moving power of life . . . which drives everything that is towards the unity of the separated. . . . The power of love is not something which is added to an otherwise finished process, but life has love in itself as one of its constitutive elements. It is the fulfillment and the triumph of love that it is able to reunite the most radical separated beings, namely individual people.”

It is commonplace and useful in Christian ethics to utilize the classic distinctions in speaking of love. Epithymia (or libido) is the desire for sexual fulfillment. Eros is aspiration and desire for the beloved. Philia is mutuality and friendship. And agape is freely offered self-giving. Useful as these distinctions are, they are misused when they are interpreted as signifying four different and separable loves. Rather, they appropriately point to different dimensions of the rich unity of love – dimensions which can be disjoined only at the expense of serious distortion.

Unfortunately, that distortion has plagued Christian thought, causing endless confusion about human sexuality. It has been most commonly expressed by posing a sharp contrast and opposition between agape and eros. A generation ago, Anders Nygren formulated the most influential contemporary statement of this sort. God’s love, he argued is sheer agape, and hence this becomes the paradigm of that distinctively Christian love to which we are called.

. . . Nygren postulated a fundamental opposition between divine love and human love, especially human sexual passion. Human love is by nature possessive and egocentric. Christian love, however, transcends this because now divine love flows through the human receptacle, a love which has nothing to do with desire, longing, and sexual fulfillment. . . . [As a result of this thinking] human emotions, desires, and sexual feelings have remained unintegrated into Christian understandings of selfhood. The manner in which our sexuality underlies and informs all of our loving has been left unappreciated and unclarified. The positive functions of both desire and self-love have been misunderstood and denigrated. And countless Christians have been deprived of constructive guidance and burdened with needless guilt.

. . . Agape is not another kind of love. Nor is it, as Tillich rightly notes, a dimension strictly comparable to the other three dimensions of our loving. It is the transformative quality essential to any true expression of any of love’s modes. If we define Christian love as agape or self-giving alone – without elements of desire, attraction, self-fulfillment, receiving – we are describing a love which is both impoverished and impoverishing. But the other elements of love without agape are ultimately self-destructive. Agape present with sexual desire, erotic aspiration, and mutuality releases these from self-centeredness and possessiveness into a relationship that is humanly enriching and creative. It does not annihilate or replace the other modes of our loving. It undergirds and transforms. And faith knows that agape is gift, and not of our own making.

See also: Prayer for the Week.

Labels: Eros, In the Garden of Spirituality