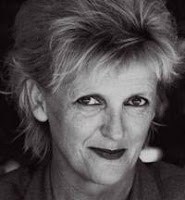 One of the stand-out Aussie pop-rock songs from the mid 1980s has to be Jane Clifton’s “Girl On The Wall” from 1984. It would prove the only solo hit for Clifton, but represents just a fraction of an extensive multi-faceted career in arts and entertainment. . . . Following [her successful 1982 collaboration with Joe Camilleri and his band] Jo Jo Zep, Clifton once again collaborated with Camilleri in the recording studio on her first solo single “Girl On The Wall.” The Camilleri-produced track was a fantastic pop-rock song with really clever lyrics, which took a sharp edged look at the whole question of self image for women. The inspiration for the song came from Clifton’s role in the Robyn Archer-penned cabaret show Pack Of Women. The song achieved a peak position of #13 on the Australian charts in mid ’84. The follow up single “My Machines” sadly flopped.

And I feel so insecure
’cause I know one thing for sure:
That the girl in the mirror
ain’t the same as the girl on the wall.

Baby’s really turned on,
he says that it must be love.
Oh, in bed when he closes his eyes
is it me that he’s thinking of?
Because everything I say and do
is all for his point of view.
And the girl in the mirror
ain't the same as the girl on the wall.

’Cause I’m overweight, underweight; too strong, too frail
I’ve got lifeless hair and dirty fingernails.
Too dry, too greasy, adolescent, middle-aged.
I’m a prisoner trapped in a body cage.

Flat-chested, big-busted, flat-footed, flat-faced.
Big-bottomed, short-legged, and my nose is out of place.
Too pretty, too ugly, too forward, too shy.
I’ve got no self image and I wonder why!

Every day I’m walking down the street,
I feel every eye on me.
Oh, everyone that I meet,
I wonder who do they see?
Perfection in disguise
with regimes and alibis
And the girl in the mirror
ain’t the same as the girl on the wall.

I remember this song from when it came out, well done with the lyrics
"Baby ? ? ?"
is
"Baby is really turned on"
and
"adolescent little lady"
is actually
"adolescent, middle aged"
Cheers!