Roy Bourgeois: "I Will Not Recant" 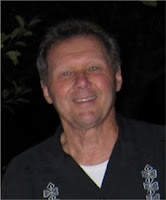 Following is an excerpt from Fr. Roy Bourgeois' open letter to the Rev. Edward Dougherty, M.M., the Superior General of the Maryknoll Fathers and Brothers.

Maryknoll has been Bourgeois' community for 44 years. On March 8, 2011, he received a letter from Dougherty stating that he must recant his belief and public statements that support the ordination of women. If he failed to do this, he would be dismissed from Maryknoll.

. . . After much reflection and many conversations with fellow priests and women, I believe sexism is at the root of excluding women from the priesthood. Sexism, like racism, is a sin. And no matter how hard we may try to justify discrimination against women, in the end, it is not the way of God. Sexism is about power. In the culture of clericalism many Catholic priests see the ordination of women as a threat to their power.

Our Church is in a crisis today because of the sexual abuse scandal and the closing of hundreds of churches because of a shortage of priests. When I entered Maryknoll we had over 300 seminarians. Today we have ten. For years we have been praying for more vocations to the priesthood. Our prayers have been answered. God is sending us women priests. Half the population are women. If we are to have a vibrant and healthy Church, we need the wisdom, experience and voices of women in the priesthood.

In his 1968 commentary on the Second Vatican Council's document, Gaudium et Spes, Archbishop Joseph Ratzinger, now Pope Benedict XVI, said: "Over the pope . . . there still stands one's own conscience, which must be obeyed before all else, if necessary, even against the requirement of ecclesiastical authority."

What you are requiring of me is not possible without betraying my conscience. In essence, you are telling me to lie and say I do not believe that God calls both men and women to the priesthood. This I cannot do, therefore I will not recant. . . .

If you want to express your support for Roy, here are some telephone numbers and addresses.

See also the previous Wild Reed posts:
When Expulsion is the Cost of Discipleship
Fr. Roy Bourgeois: "We Need Women Priests in Our Church For It to Be Healthy and Complete"
Angela Bonavoglia on the Church's "Continued Demonization of Women"
Thoughts on Ordination, Intellectual Dishonesty, and the Holy Spirit of which the Prophet Joel Speaks
In Prophetic Obedience to the Spirit
Roman Catholic Womenpriests Ordained in Minneapolis
“We Are All the Rock”: An Interview with Roman Catholic Womanpriest, Judith McKloskey
Revealing a Hidden History
Out and About – July 2009