Governor Mark Dayton to LGBT Advocates: "I Stand with You" 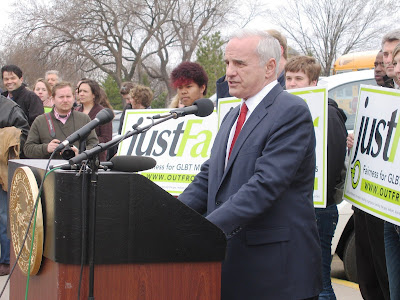 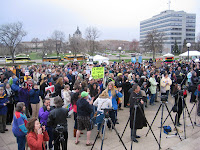 Over one thousand advocates for LGBT rights braved the cold and windy weather to hear Gov. Dayton declare: “I stand with you,” and vow to block any efforts to curtail LGBT equality.

The governor, however, will be unable to block a planned constitutional amendment banning same-sex marriage and civil unions. Although such an amendment is yet to be introduced, it is high on the agenda of the House- and Senate-controlling Republicans, the Minnesota Family Council, and the Minnesota Conference of Catholic Bishops. Despite this, Dayton shared his belief that people should be free to marry the man or woman they love. “I believe that day will come,” he said.

On the issue of school bullying, Dayton said he would resist “as best I conceivably can” any attempt to take away rights and protections for LGBT youth.

Following is KARE 11's coverage of the rally component of yesterday's Lobby Day. 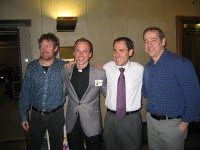 As part of OutFront MN's Lobby Day the four of us co-presented a workshop entitled "Speaking from Faith for Marriage Equality." 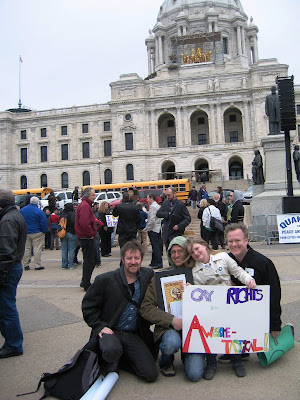 Above: With Doug, Delia and Bob. 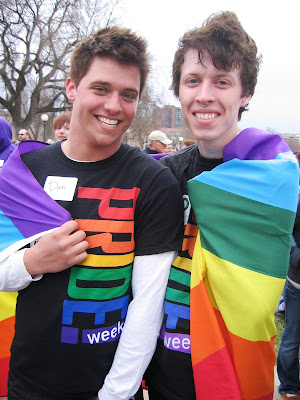 Above: A colorful young couple! 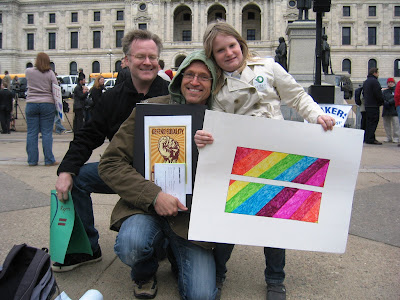 Above: Bob, Doug and Delia. 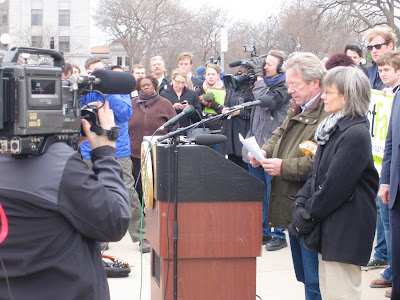 Above: One of the most powerful testimonies of the day was delivered by the parents of Cpl. Andrew Wilfahrt, a gay soldier who was killed in action in Afghanistan in February 2011.

Jeff told those gathered that he was grateful to his son for making him "a better human being, a better American, [and] a better Minnesotan."

He told the crowd that, as a gay man, Andrew deserved "the same rights as every one of his fellow Minnesotans." Jeff also vowed to seek "whatever legal club" he can to fight a marriage amendment. 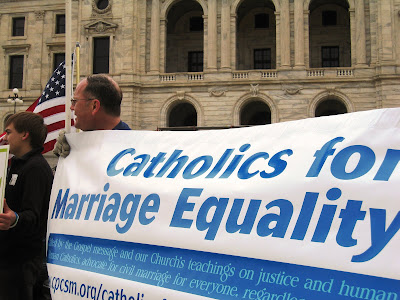 Above: Catholics for Marriage Equality MN's brand new banner! We made sure we held it in a prominent position (see below), as we believe it is crucial that everyone – legislators and voters alike – know that the bishops' misguided efforts to ban same-sex civil marriage does not have the support of the majority of Catholics.

The smaller text on the banner reads: "Called by the Gospel message and our Church's teaching on justice and human rights, we, as Roman Catholics, advocate for civil marriage for everyone, regardless of sexual orientation." 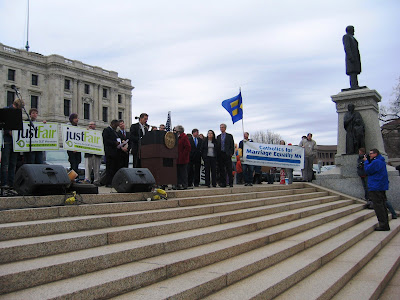 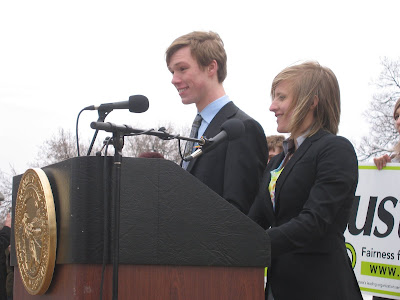 You may recall that Sean was in the news last November after his school newsletter commentary, "Life as a Gay Teenager," was censored by school authorities. 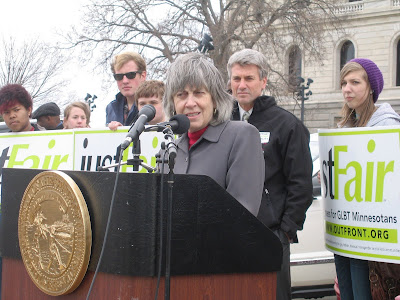 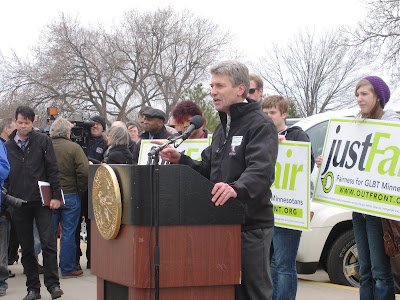 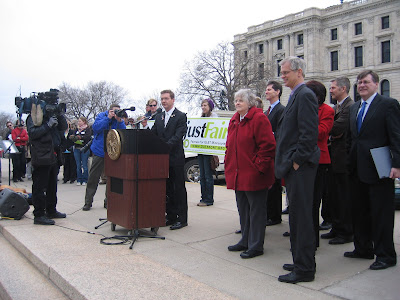 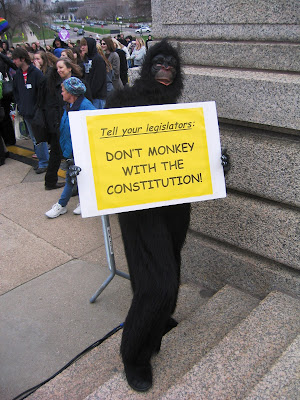 See also the previous Wild Reed posts:
Top Ten Reasons to Attend OutFront MN's Lobby Day
A Celebration of Faith and Family; A Call for Compassion and Fairness
Quote of the Day – November 4, 2010
A Message for NOM (and the Catholic Hierarchy)
Minnesotans Rally for Equality and Love at the State Capitol (2010)
OutFront Minnesota's 2008 Lobby Day
OutFront Minnesota's 2007 Lobby Day
It's a Scandal
Responding to Bishop Tobin's Remarks on Gay Marriage
Archbishop Nienstedt Calls (Again) for a Marriage Amendment
A Catholic Statement of Support for Same-Sex Marriage