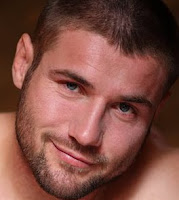 For rugby star Ben Cohen,
battling homophobia is his duty.

Ben Cohen (pictured at right) reminds me a lot of my friend Iggy (left). Both are straight, share a similar physical appearance and level of fitness, and display an accepting attitude toward LGBT people. Oh, yeah, and both look good in their skivvies!


Iggy's yet to be interviewed by The Advocate, but here's what the popular gay magazine reports about Ben:

Rugby superstar Ben Cohen says he grew up around gay people and that helping to combat homophobia is his duty, according to an interview with website Accidental Bear. Asked about the inspiration for his desire to make people more accepting, Cohen replied that his views stem from meeting the guys and hearing their stories of bullying.

"We get literally hundreds of emails and Jill [Cohen's manager] passes them on for me to read," Cohen says. "That is what has spurred me on more that anything to make a noise about it and make people in general aware of what is going on. I grew up around gay people as my family had nightclubs and I used to spend a lot of time there. So to me it was normal. But when I realized that others were not so tolerant and people were taking their own lives through depression and harassment over their sexuality, I thought I had a duty to do something about it." 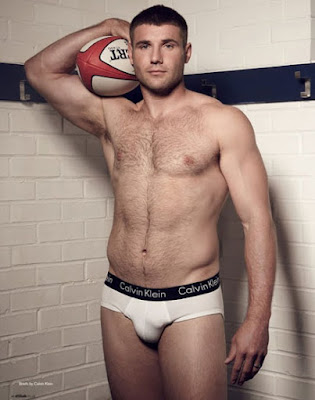 Cohen, a longtime opponent of homophobia in sports [and a popular underwear model!], recently launched the anti-bullying Ben Cohen Acceptance Tour with its "Beer with Ben" slogan in England and will visit Atlanta, New York, Seattle, and Washington next month. For more information, visit Cohen's site.


See what I mean by "What a man"? The guy's quite an inspiration.


See also the previous Wild Reed posts:
• A Fresh Take on Masculinity
• Learning from the East
• Jesus Was a Sissy
• The Trouble with the Male Dancer (Part 2)
• Boardies, Budgie Smugglers and Euro-Togs

Labels: Homophobia, What a Man

Ha ha!! I'm flattered!! Thanks Mick! Don't know if I fill my tighty whities as well tho!! Thanks for including me in the post! Peace.

Thanks for this lighthearted article. Gave me a smile.

Mick loves the whities! Igg not so much...