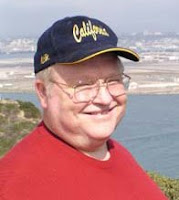 Recently, Catholic Pastoral Committee on Sexual Minorities (CPCSM) co-founder and communications director David McCaffrey (pictured at right) updated the CPCSM website with news about pioneering gay rights educator and activist John Yoakam’s death, as well as Robert Carlson’s appointment as Archbishop of St. Louis. As David notes, both men were part of his early work in the LGBT community.

John Yoakam, was one of the early organizers of the first professional peer counseling services for LGBT persons in the Upper Midwest, of which David also played an important role. Another person whom CPCSM folks have met from that era is John Gonsiorek, the clinical psychologist who has given two highly informative CPCSM-sponsored presentations (one of which is documented here) exposing the pseudo-science currently being used by the Archdiocese of St. Paul-Minneapolis to support church teaching on homosexuality. 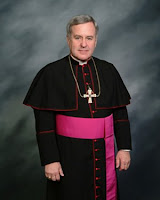 In May of 1980, when Archbishop Roach agreed to hold a listening session with the six gay and lesbian Catholics who were CPCSM’s co-founders, he also asked then-Father Carlson, as the archdiocese’s vicar general, to witness and to take notes at the meeting. It was that meeting with Roach that the CPCSM leadership has always considered the event marking the group’s founding. By 1982 Carlson, who would later be named an auxiliary bishop of the archdiocese, was appointed by Archbishop Roach to be his second liaison - following Auxiliary Bishop John Kinney’s tenure in that position - to CPCSM, as an unofficial group working within the Archdiocese.

Interestingly, this history refutes last October’s statement from the chancery that implies that no official leader within the Archdiocese of St. Paul-Minneapolis has ever “supported, endorsed or recognized CPCSM.” In reality, the public articulation of such a dismissive stance (along with the promotion of pseudo-science) is a relatively recent development within the local church, a development implemented by Archbishop John Nienstedt.

History matters, if for no other reason than to remind us that things can and do change. It also serves to give us hope. The Church’s understanding of issues (such as homosexuality) and reform organizations (such as CPCSM) is never as rigid, absolute and/or negative as some would have us believe. The pendulum swings - and will one day swing back to a more enlightened and open stance on such important matters.

And, of course, the pendulum doesn’t just swing, it advances and arcs towards justice. Accordingly, we’ll one day witness an official Roman Catholic stance on homosexuality far and beyond that which the CPCSM co-founders experienced from the chancery back in the 1980s. True, it may not be in my lifetime, but I have absolutely no doubt that the Roman Catholic Church will one day change its official teaching on homosexuality. Such a change will indicate that the official level of the Church has finally heard and responded to the presence and action of God in the lives and relationships of gay people.

Until that wonderful day, the important work of truth-telling, dialogue, and reform continues . . .


See also the previous Wild Reed posts:
How Times Have Changed
CPCSM Co-founder Responds to “Not Catholic” Assertion
Far from “Innocuous”
Archbishop Niemstedt’s “Learning Curve”: A Suggested Trajectory
Interested Times Ahead
Nienstedt’s “Trauma of His Own”
300+ People Vigil at Cathedral in Solidarity with LGBT Catholics
Why We Gathered
The Talk of the Archdiocese
It Just Won’t Do
Thoughts on Archbishop Nienstedt
An Open Letter to Archbishop Nienstedt

Is someone claiming that the Archdiocese supported, endorsed or recognized CPCSM? I don't see any evidence in this article, only a word game.

Thanks for stopping by.

"Carlson [who was then Vicar General and] who would later be named an auxiliary bishop of the archdiocese, was appointed by Archbishop Roach to be his second liaison - following Auxiliary Bishop John Kinney’s tenure in that position - to CPCSM."

This sure sounds like "recognition" of CPCSM and its ministry by the archdiocese to me. Since when does anyone appoint people to be liaisons to groups that they don't recognize?

For more of this history, check out this article by David on the CPCSM website.

There are multiple senses of the word 'recognize.'

It is one thing to acknowledge the existence of something, and another to recognize a group as a legitimate/official Catholic organization. It would seem the Archdiocese recognized the group in the first sense.

One could say that Jesus 'recognized' the work of Judas, without implying that he endorsed or put his stamp of approval on it.