The Passion of Christ (Part 4) 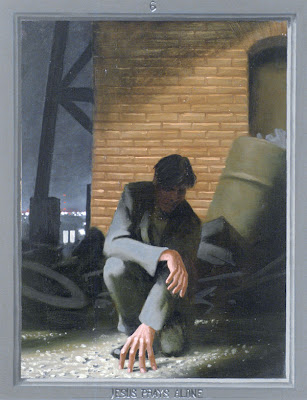 An excerpt from Son of Man: The Mystical Path to Christ
by Andrew Harvey (Tarcher/Putnam, 1998, pp. 82-83)
The time had come [for Jesus] to risk everything and sacrifice everything for [his vision of] the Kingdom; to demonstrate in his own being and action the total fearlessness and boundless courage that divine love demanded of anyone who wanted to be an instrument of justice and mercy, to reveal the full majesty of that divine identity that could suffer and triumph over even the most terrible of ordeals 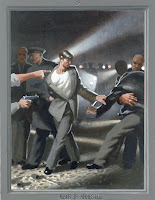 And so, I believe, Jesus willingly and consciously precipitated the events that led to his capture, trial, and crucifixion. Whether or not he knew, in any human sense of “knowing,” that his descent into the ultimate depths of humiliation and torment would utterly remake his being and the whole future of humanity we can never be sure; the account of the Gospels of the crucifixion and resurrection were written after the fact, and with certain clarities projected backwards. 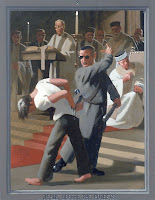 I believe that Jesus did not know; that he risked his entire being in a final terrible adventure whose end was not certain. This better explains, I believe, his fear and fragility in the Garden of Gethsemane and the moments of doubt on the cross. He did not “know”; he loved and trusted and surrendered and went on loving and trusting and surrendering, more and more deeply, more and more abandonedly, as the storms of suffering that buffeted him became more and more atrocious. Everything that he had discovered and lived, every truth that he had taught, every passion for a new world that had awoken in him now had to coalesce into one overwhelming fire of love, which would test death itself and beat against the doors of that law of nature that had up to then kept heaven and earth separate, the living and the dead in their separate rooms.


NEXT: The Passion of Christ (Part 5)

I like the contemporary paintings of Jesus. I had posted a couple of not so modern ones a while ago too, here :)