In the Garden of Spirituality – Adrian Smith 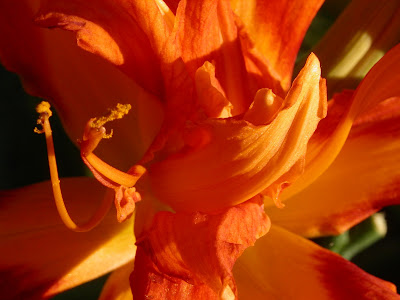 The following is excerpted from the December 2008 issue of Renew (England).

People of this generation have a much greater understanding of the world we inhabit than did previous generations. So if they are presented with Church doctrines that are inconsistent with their experience, which don’t make sense, is it any wonder that they feel dissatisfied – possibility leaving the Church, believing that the Church is unable to meet their spiritual needs?

When the thinking Catholic expresses his/her concerns to the leadership of the Church – even to the local priest – dialogue is inhibited because these “leaders” seem to feel threatened. It is as if they own the Church and it has to be kept under their control at any cost.

There can be no doubt that over the centuries of Church history, the institution has taken over ownership of the Good News. The Good News has become institutionalized with an emphasis on observances. How many people today are aware of what is the core of Jesus’ Good News?

Of course, Jesus had exactly the same problem with his own religious leaders. He who came to liberate people from what had become a repressive religion, was himself condemned.

The thrust of all the great religions – Christianity included – is about being human rather than being religious. “I have come in order that you may have life, life in all its fullness” (John 10:10).

Jesus came to bring about change, as did the prophets before him. He invited us to change our perception of God, so that we could have a more mature, direct relationship with him.

When people become too comfortable in their outer religious practices, believing that thereby they attain salvation, they are reluctant to change. Reluctant even to ask themselves whether what they are being told is really the Good News Jesus came to bring.

“Stick to the rules and you will save your soul.” Is that the message of Jesus? If this is what being a good Catholic is all about, then you don’t ask questions. But Jesus completely undermined the outward approach to religion.

He is saying that loving is not a matter of doing outer things. God is looking for a deeper change, an inner change, a transformation of consciousness, a kind of re-birth, as Jesus tried to explain to Nicodemus.

Religious certainty is a contradiction in terms. We have to live a life of perpetual searching – searching always deeper. At the end of our days, it will not be what we believe upon which we will be judged, but how what we believe has affected our day-to-day living.