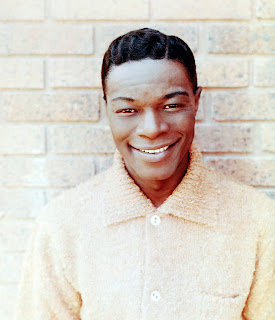 With National Coming Out Day approaching, “music night” this evening at The Wild Reed features the Number 1 song in AfterElton.com’s 2008 “List of Straight Songs About Gay Men.”

Other songs on the list include The Kinks’ “Lola,” Bruce Springsteen’s “Streets of Philadelphia,” Willie Nelson’s “Cowboys are Frequently, Secretly Fond of Each Other,” Franz Ferdinand’s “Michael,” Josie Cotton’s “Johnny, Are You Queer?” and Tori Amos’ “Real Men.” 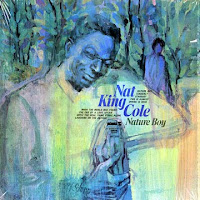 Of the Number One song, “Snicks,” who compiled the list, writes:

I first heard “Nature Boy” as a teenager, when it played on the car radio (when you're trapped in a car with your mom & dad, you have to listen to stuff like that). At the time, I was coming to terms with my sexuality, and my first thought listening to it was “OMG, it’s about a gay man.”. I've never backed down from that assumption, and frankly, it doesn’t matter to me anymore if I’m proven wrong. “Nature Boy,” will always be my personal coming out song.

There was a boy
A very strange enchanted boy
They say he wandered very far, very far
Over land and sea
A little shy
And sad of eye
But very wise
Was he

And then one day
A magic day he passed my way
And while we spoke of many things, fools and kings
This he said to me
“The greatest thing
You’ll ever learn
Is just to love
And be loved
In return”


Interestingly, Nat King Cole’s “Nature Boy” was featured in the 1948 film, The Boy With Green Hair – a film that serves as both an anti-war parable and a plea for tolerance. As a result, the song went to Number One on the Billboard charts, and remained there for eight weeks during the summer of 1948. 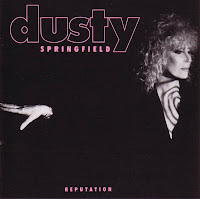 “Snicks” comments about “Nature Boy” got me thinking about my “personal coming out song.” For me, it’s Dusty Springfield’s “Daydreaming,” from her 1990 album Reputation. (You can hear this song here.)

As I’ve noted previously, upon first hearing this album as a closeted gay man, I discovered – with a mixture of surprise, dismay, and relief – that many of the songs on it (especially the haunting “Daydreaming”) acknowledge and explore the feelings of regret and frustration so typical of a closeted, inauthentic life. Yet they also stress the absolute necessity of transcending such an existence through self-awareness, self-acceptance, and risk-taking.


. . . I can’t wait another day
I can give and I can take
There’s a choice you have to make


Not surprisingly, Dusty’s “songs of experience,” as one critic called Reputation, played a fundamental role in my coming out process.

Do you have a “personal coming out song”?

What beautiful words to the song "Nature Boy." I remember when I was a teen I loved the Supremes. I would play the records over and over and sing to them. "You Can't Hurry Love" "Back in My Arms Again" "Stop in the Name of Love" "Nothing But Heartaches" "He's All I Got" When I think about it, I wonder what my mom thought when she heard me singing the words to some of those songs. I also loved the song "I Don't Know How to Love Him" from Jesus Christ Superstar and "Killing Me Softly with His Song." I never really thought about how these really weren't songs that should appeal to a teen-age guy. Yes, I was quite clueless.