In the Garden of Spirituality - Rosanne Cash 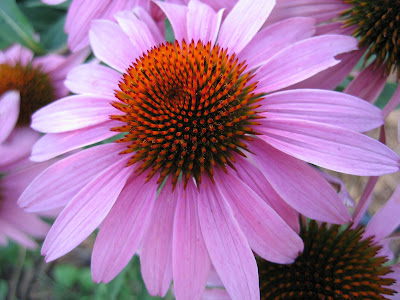 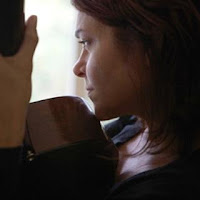 The Wild Reed’s series of reflections on religion and spirituality continues with an excerpt from a message by singer/songwriter Rosanne Cash, originally posted on Cash’s website shortly after the release of her 2006 album Black Cadillac – an album she wrote over the two years in which she lost her father Johnny Cash, her stepmother June Carter Cash, and her mother Vivian Liberto Cash Distin.

(NOTE: I previously shared this excerpt as part of the Wild Reed post, The Beauty and Wisdom of Rosanne Cash.) 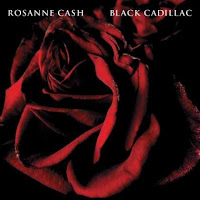 My darlings, there is no need to worry about my immortal soul. Some of you seem determined to save it. But that’s my job, and I’m on it. If I express tremendous doubt in some of [the] songs [on Black Cadillac], I also express profound faith. The record is a map of many things that surround loss: grief, confusion, anger, doubt, faith, transformation, love, despair and hope. There are a lot of questions, not a lot of answers. I love the quote from Rilke: “Try to love the questions in your heart . . .”

I do, I do. I love the questions, I am empowered by the search, I’m inspired by the exploration, all of which is fundamentally human. I really don’t trust people who say they have no cracks in their faith and never entertain doubt. That’s not faith, that’s fanaticism.

What do I believe in? I believe in a universe that supports our highest potential. I believe that love survives death, and can heal even the most grave damage, given time and trust in the process.

I believe in a God that defies my understanding. I think that my mind is not even close to being large enough to understand what God really is, and this excites me.

I believe there is something outside my own existence that is all-knowing, whose creative potential is so vast that I can barely glimpse even the smallest edge. I believe that when I am in my most creative zone, I am touching that edge, but beyond that, it is unfathomable to me. I also believe that some day I will understand this better.

I believe that I chose my parents, and they chose me, for reasons that I only partially understand, and the same goes for my children.

I believe that the frog in the rain forest inhales the same air I exhale, and that we are all connected on a level that is so profound, so complex, and so basic, that if we got even a momentary insight into this subject, it would transform us.

I believe war is fundamentally wrong, and that at some point in the future, our descendants will look on us as barbarians for conducting ourselves in this way.

I do not believe in Armageddon, which seems to be a popular belief these days. The idea that the world, which is billions of years old (sorry, Pat and Jerry, but you need to go back to third grade science class), will end in MY lifetime, because I am just so special that all things will come to an end once I have graced the planet, is just too narcissistic to even entertain.

I do not believe that any one person has a special hold on God’s ear, but that there are as many ways to God as there are people on the planet, and that God, in His/Her infinite understanding, is able to tolerate a multitude of differences in this regard, since He/She created those differences, partially through the exquisite, complex miracle of evolution. I don’t believe anyone needs to mediate with God on my behalf, and I certainly don’t believe God gives other people messages to give to me. My letter box is always open to receive directly from the Source, thanks.

In turn, I respect your belief in anything, everything or nothing, as long as you don’t try to inflict those beliefs on me. Arrogance and ignorance are a lethal combination, and it seems to pervade some bastions of organized religion at the moment.

A gentleman gave a review of my record on Amazon, and he said that I “dissed” the religion of my father and stepmother. I don’t challenge very many misinterpretations of my work or beliefs, but this one could not go unmentioned. This is absolutely untrue. The religion of my father and stepmother was tolerant, loving, powerful and personal to them, as was the very different religious faith of my mother. I have nothing but respect for that, and for them. My songs are about MY experience, and nothing else. And by the way, they are SONGS, not a diary. Open to interpretation, obviously, but for yourself only.

Gregory Lisenbee sent me this great quote, and for that I thank him: “The unknown is the mind’s greatest need, and for it no one thinks to thank God.”

Labels: In the Garden of Spirituality, Rosanne Cash