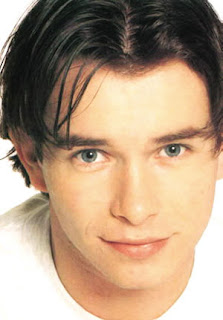 Within days of sharing my recent post about the tragic death of gay pop pioneer Stephen Gately, two different people contacted me and recommended the following video of Gately singing “No Matter What” with his fellow Boyzone band members.

As I’m sure you’ll agree, it’s an absolutely beautiful performance – and an especially meaningful one given the message of the lyrics and the fact that, at the time of its recording, Gately had just come out. Indeed, I’m sure that “No Matter What” will be forever linked to Stephen Gately and his brave journey.

When my fellow blogger Joe alerted me to this performance he called it “the response of Irish youth to fear-ridden bishops and popes!” How true. Indeed, the calm conviction embodied in Gately’s performance ensures that “No Matter What” serves as a song of love, hope and solidarity with and for anyone who has struggled and succeeded in living a life of truth and integrity in the face of ignorance, fear and bigotry.

Today is my 44th birthday, and I can’t think of a more beautiful and hopeful message to remind myself of - and to share with my Wild Reed supporters and friends - than that which is conveyed in “No Matter What.”

I can’t deny what I believe
I can’t be what I’m not
I know I’ll love forever
I know, no matter what

I can’t deny what I believe
I can’t be what I'm not
I know, I know
I know this love’s forever
That’s all that matters now
No matter what 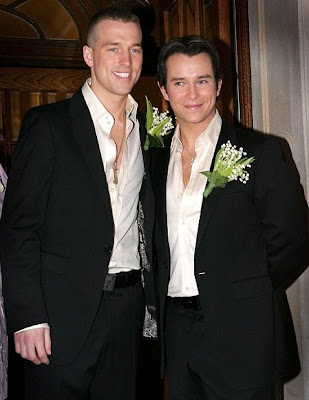 When Joe posted a link to this song on his own blog, he included the following from an article by Fintan O’Toole in the October 20, 2009 issue of the Irish Times.

For the first time in Ireland, there was a widespread and comfortable use of “husband” to describe the bereaved partner of a gay man. Technically (and shamefully) the term is not strictly accurate – Stephen and Andy Cowles were never given the choice to marry and were civil partners. But everybody knew “husband” was the right word. The relationship was equal in love and affection, in commitment and in consequent devastation, to that within a marriage. It was unequal only in the eyes of a law that still presumes to make discriminatory judgments. The people of Gately’s home place accepted that. So, in essence, did the Catholic parish that conducted his funeral.

Thanks for posting this - a great song.
And HAPPY BIRTHDAY !You continue to be an inspiration in the struggle for justice and inclusion

Happy Birthday Michael. For what it's worth you don't look 44. Must mean you've aged well.

The Irish just had one of their premier hurling jocks come out as well. I respect that choice immensely, given the bogus 'manly' world of professional athletics.

Happy Birthday Michael! Truly an excellent post for your 44th.

Happy Birthday, Michael. Thank you for being such an inspiration and for sharing your grace and goodness with us. May God bless you with good health, happiness and many blessings in the coming year and always. What a beautiful song and thoughts. Thanks again.

In the peace of Christ - Mark

Thanks, everyone, for your birthday greetings and blessings! They're much appreciated.