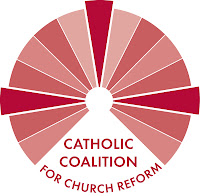 In a recent open letter to James Lundholm-Eades, the co-chairs of the Catholic Coalition for Church Reform (myself included) highlight a number of concerns related to the St. Paul-Minneapolis Archdiocesan Strategic Planning Task Force, of which Lundholm-Eades serves as director.

This letter was first published online at the Progressive Catholic Voice, under the title “A Demoralizing Process.” Please note: To comment on it and/or to read the comments of others, please go to the PCV site. Thanks.

Thank you for your efforts on behalf of the people of the Archdiocese in addressing the problems we face as a local church.

We understand that both the Archbishop and the Task Force want to enable a vibrant Catholic community at the Archdiocesan level. We appreciate this goal since we believe the Church’s mission is to create a diocesan community that manifests God’s love for humanity as embodied in Jesus. So we too want a vibrant local church.

From our point of view, vibrancy in a human community is not possible unless all the relevant questions people want to ask are allowed on the table. The process for the strategic planning, although ostensibly an attempt to listen, is flawed in one essential aspect: it does not allow for the discussion of what the facts mean. What should be done will depend in large part on the analysis of the facts in relation to the Church’s mission.

To call the process “highly consultative” while barring questions about why the current situation is as it is will only demoralize people. We have heard many say they do not trust this process. Despite reassurances to the contrary, they say the decisions have already been made. They say that the emails, phone messages, and letters go into “a black hole.” People’s refusal to accept the obvious good will of the reassurances is symptomatic of the flaw in the process. We fear the goal of creating a vibrant local church will not be accomplished, though the resources may be efficiently re-allocated to look better on paper.

We request an Archdiocesan-wide discussion of all the relevant questions people want to ask. The meaning questions we would like to address are the following:

• Why do young adults abandon faith formation classes immediately after Confirmation? Why are such a large percentage of children offered no faith formation at all or, if the offer is made, why are they not accepting it?

• Why don’t two-thirds of registered Catholics go to Mass?

• Why are good and capable men not stepping up for ordination as priests?

• Why is celibacy required for the role of priest?

• Why aren’t women’s vocations to the ordained priesthood recognized and accepted?

• Why are third and fourth generation American Catholics leaving the church in great numbers?


The Task Force’s response when these questions are raised is that they are outside the scope of its mandate. Of course, they are, and that is the problem. We do not think that response will suffice.

If the Task Force requests the power from the Archbishop to facilitate such a discussion with the people of the Archdiocese and is denied that power, we suggest that as a matter of conscience you consider resigning en masse unless and until a full communication process is approved.

Though we are not experts, we have many ideas about how this process could be organized and will be happy to discuss them with you. There are many professional discussion facilitators in the Archdiocese who would, we are sure, be available to help. Some of the crucial elements are that all subjects be allowed to be discussed, no threats of job loss or excommunication will follow open discussion, and that representatives from all the people, not just those chosen by leadership, be involved in planning the discussion.

We think this is the only way to legitimate the process.