.
No, churches and religious leaders could NOT
be prosecuted
under a federal hate crimes bill
currently before congress that would expand
the definition of a hate crime
to include sexual orientation.

TheColu.mn is a new online magazine that’s been created by a group of local folks who “feel that there is a lack of hard-hitting coverage of events that affect LGBTQA communities.” The website’s team of editors and writers is “committed to telling the stories of our diverse communities and their continued struggles, as well as covering nightlife, sports, news, and community events.”

In light of all the current discussion about same-gender marriage, I thought it pertinent to share the following brief news item published yesterday at The Colu.mn. As you’ll see, it rebukes an old chestnut of a lie often heard in discussions on same-gender civil marriage. 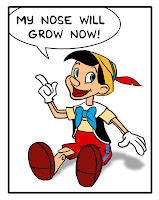 One of Minnesota’s congressional delegation was recently caught repeating the tired old lie that churches and religious leaders could be persecuted under a federal hate crimes bill currently before congress that would expand the definition of a hate crime to include gender identity, gender expression, sexual orientation, and disability. PolitiFact, a Pulitzer Prize-winning website that fact-checks public figures’ statements, evaluated GOP Rep. John Kline’s charge that “any pastor, preacher, priest, rabbi or imam who gives a sermon out of their moral traditions about sexual practices could be found guilty of a federal crime.”

The verdict? False. These kinds of scare tactics – conflating hate speech and violent acts, and ignoring an individual’s free speech rights – have been used in the past to sap our neighbors’ support for laws recognizing the heinousness of a crime motivated by the victim’s identity.

Unfortunately, people believe it here because pastors HAVE been prosecuted in other places, Canada and Sweden among them.

Sorry, James, but if you expect your comment to be taken seriously than you're going to have to provide actual examples.

Also, in the U.S. context, to say that people can be prosecuted is erroneous - a "lie," in other words. So regardless of what's happened elsewhere, this lie should not be promulgated.

It's amazing the depths supposedly religious people will stoop to in order to ensure that other people don't have the same simple human rights that they do.