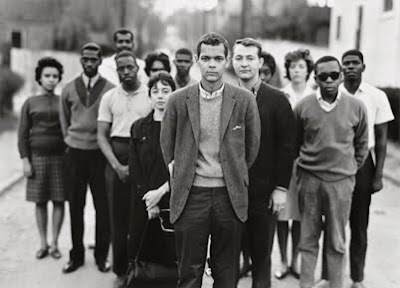 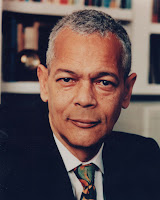 The following op-ed appeared in yesterday’s edition of the Miami Herald. It’s written by Julian Bond (pictured above in the 1960s and at right today).

Bond was a leading figure in the American Civil Rights Movement, and remains today a dedicated social activist, teacher, and writer. He has been chairman of the
National Association for the Advancement of Colored People (NAACP) since 1998.

Rights Still Need to Be Won 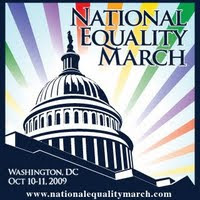 The civil rights struggle for legal equality in America today is no less necessary, nor worthy, than a similar struggle fought by blacks several decades ago. Now, as then, Americans are denied rights simply because of who they are. When lesbian, gay, bisexual and transgender Americans gather in Washington Sunday for the National Equality March, they will invoke the unfulfilled promise in our Constitution that they, too, are due equal protection under the law.

In the ugly days of racial segregation, we had a dream. In August 1963 we came to Washington and declared that dream to the nation. Among us that day were LGBT Americans such as Bayard Rustin, the chief organizer of the ’63 March on Washington for Jobs and Freedom. His homosexuality caused discomfort among some leaders of the day, and they played down his role in the march. But his heroic work has served as a model for civil rights organizers ever since.

We can no longer pretend that civil rights do not include rights for lesbian, gay, bisexual and transgender Americans. Flimsy justifications for anti-LGBT bias are giving way to evidence that society is strengthened, not weakened, when LGBT people are given equal protection under the law. Where they are free to marry those they love, the sky has not fallen. Where they cannot be denied employment and housing simply because of who they are, the sky has not fallen. Where they serve nobly in the military without the burden of secrecy, the sky has not fallen. Rather, when all people are free to live up to their full potential, all of society benefits. Yet the United States still permits all these forms of discrimination.

And this is why we must march.

My friend Coretta Scott King said in 2000: “Freedom from discrimination based on sexual orientation is surely a fundamental human right in any great democracy, as much as freedom from racial, religious, gender or ethnic discrimination.” That is why the NAACP resolved several years ago that “we shall pursue all legal and constitutional means to support non-discriminatory policies and practices against persons based on race, gender, sexual orientation, nationality or cultural background.”

The civil rights movement has achieved tremendous victories in past decades, and so we must again. The bias against LGBT people tolerated in this land, even at the end of the first decade of the new millennium, is ugly. We must create a better future, which will give us a past upon which we can look back and be proud. This weekend, those who believe in the ideals of our Constitution, those who have a dream that we will one day live in a nation where people will be judged not by whom they love but by the content of their character, and those who stand up for their ideals can be proud that they stood up and spoke out for justice.

Julian Bond, a professor of history at the University of Virginia and distinguished professor in residence at American University, is board chairman of the National Association for the Advancement of Colored People.

Thanks, Michael. That is an inspiring message from Julian Bond. Equal protection marches on!

Michael, thanks for posting this. It's not something I had seen on other blogs, and I'm glad to read of Julian Bond's take on the connection between African-American and gay rights, and his commitment to the struggle for gay rights.

Yes, Michael, thanks for another good message. As we follow the President's speech and the March in Washington, I wonder how many gay priests and bishops are secretly cheering as in their hearts they support civil rights and human rights for gays. It is sad to me that many of them feel that they must keep silent for fear of hatred.