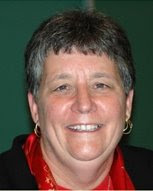 Over at ReligiousDispatches.org, Catholic feminist theologian Mary E. Hunt has posted a response to Michael Sean Winters’ attack on Frances Kissling in America. Following is an excerpt from Mary’s response.

Claiming to be “more Catholic than thou” is a dead end and a waste of time when our plates are full of challenges to the well being of people and the planet. While we do not necessarily agree on the details, that those of us who are Catholic are Catholic is simply not up for discussion. If some Catholics want to become Unitarians or Buddhists, Presbyterians or atheists that is all well and good. But for those who claim our Catholic identity, the matter is closed.

I do not stand above this fray. I am a feminist Catholic who is committed to a full social justice agenda. This means that in addition to wanting to end war, poverty, racism and sexism, I want to create a just economic order on a sustainable planet. I am pro-sex, pro-choice, and pro-LGBTQ. In case that is not clear, I think sex is a human right, abortion is a woman’s legal and moral prerogative, and same-sex loving people ought to have every right, including marriage if they wish, that opposite-sex loving people enjoy. Further, it is my theological conviction that all these positions are consistent with Catholic thought and extend the tradition in ways that each generation is expected to do. This is what Catholic looks like in the twenty-first century. I welcome and respect such transparent statements from other Catholics so we know who stands where. But such statements are rare when the risk of being labeled “not Catholic,” or “not approved by the Vatican,” or for politicians, being denied Communion, is all too real.

I am an active participant in contemporary intellectual and activist work. But I will not engage, especially with other Catholics, in efforts to discredit one another at the level of faith or religious practice. Nor should anyone else. Let the arguments rise and fall on their merit, not on the particular expression of religious belief of the speaker much less on her/his mass attendance and other matters of individual conscience. I have no way to evaluate anyone’s piety and less interest. I reject efforts to judge mine.

Protestations by traditional Catholics to the contrary notwithstanding, a basic premise among the world’s billion Catholics is that we have very different views and different ways of living out our faith. This is simply a fact of life. When pressed to say what makes us “Catholic,” there is not one simple answer. I sometimes say we are the ones who laugh heartiest at Catholic jokes!

Catholicism, like every religion, is a complex reality. The sights and sounds, tastes and smells of a religious tradition mark adherents just as much as dogmas and doctrines, popes and parishes. So efforts to say one is Catholic if and only if one believes in x, y and z are vexed by complexity and fraught with dangers. What if we left someone aside? That is a decidedly not Catholic way to go.

. . . A better way forward is to think of Catholics as being as diverse as Jews, though I observe that Jews manage their diversity with a great deal more grace. Then we can lift the “don’t ask, don’t tell” policy that constrains many professional Catholics from saying what they believe on issues like contraception. There are solid Catholic arguments for the many approaches, not all of which I like, but all of which I have to be honest enough to admit are Catholic. Just as I would not tell an Opus Dei Catholic that I do not recognize her approach as Catholic, I do not expect to have my membership impugned either. As far as I can tell, Catholics are counted by baptismal statistics, not by litmus tests of orthodoxy at the communion rail or in print. It is not for me to judge whose Catholicism is the real McCoy. Nor is it for anyone to judge mine. 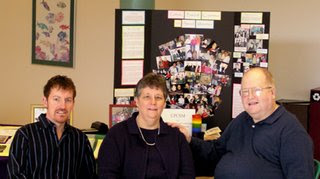 Above: Catholic feminist theologian and ethicist Mary Hunt,
pictured with me and CPCSM-co founder David McCaffrey (right)
at the February 17, 2006, CPCSM-sponsored symposium,
“Exploring Contemporary Issues Within the Catholic Church.”

For more of Mary Hunt at The Wild Reed, see the previous posts:
Our Catholic “Stonewall Moment”
Crisis? What Crisis?
A Mountain Out of a Molehill

See also the related Wild Reed posts:
What It Means to Be Catholic
Who Gets To Be Called “Catholic” - and Why?
Beyond Papalism
The Call to Be Dialogical Catholics
Authentic Catholicism: The Antidote to Clericalism
Tips for Thinking Catholics
Many Voices, One Church
One Gay Catholic Parent Who Isn’t Leaving the Church
Staying On Board
Choosing To Stay