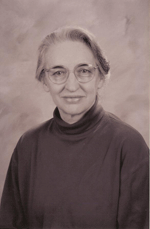 In my last post I shared Kilian McDonnell’s poem, “The Catholic Thing.”

As I’m sure many readers of the Wild Reed are aware, “The Catholic Thing” is also the title of a well-known book by Rosemary Haughton (pictured at right).

Following is one Amazon.com reader’s insightful and inspiring review of Haughton’s book. 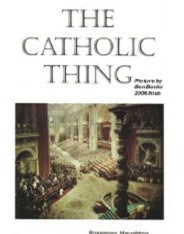 Rosemary Haughton’s profound gaze into the incredibly strange world of Catholicism is utterly beautiful. There are no wiser or more interesting books on this particular religion written in the twentieth century. Its supreme power comes from a radical negation on her part and a radical acceptance.

What does she negate? What does she reject? A world of trash piety and sentimentality that twists the soul, corrupts cognition, constricts the emotions, tames art, and straightjackets our vital powers. She does not adore the plaster saints. She is immaculate. She is no handmaiden of power with all of its seductions, no servant of Christianity as an ideology with all of its blasphemous mediocrity.

But what does she accept? In a word - the whole human and non-human cosmos. There is not only nothing human that is alien to Ms. Haughton there is nothing non-human as well. She is truly Catholic in all senses of the word “Catholic” in her attempt to “love everything until everything is transformed into the kingdom of God,” as she describes the true Catholic enterprise.

Ms. Haughton is a true psychologist in the best sense of the term – she is a student of the human soul which ultimately means she is a student of the dangerous but necessary art of getting to know people. She has gotten to know a grand and slight crazy cast of characters stretching from the problematical dawn of Christian history through centuries of divine folly and human madness up to the near present. That sublime ego-ist Augustine is lavished more understanding than any other writer has ever achieved along side of figures such as Baron Von Hugel - the last sane man on earth; Heloise and Abelard - bruised in their tragic and tender glory; the real Maria Von Trapp (not the sentimental beauty from the movie The Sound Of Music); and a host of political and artistic rebels who cut through doors of iron, shattered chains, and took the kingdom of heaven by force.

For Ms. Haughton, divine love is no pale thing – impotent, strict, and unearthly. For her it is a cosmic adventure with all of the perils and hardships implied. It is the pact and the tension between mortals and immortals, humans and real elves, humans and goblins, earth and sky, and all of reality with its own difficult self. Ms. Haughton stresses that Catholicism itself in its own dark vitals is an arduous quest for supreme wholeness, balance, and all of the dark consequences of both the quest and the wholeness achieved. Love, for Ms. Haughton, has definitely pitched His tent in excrement.

Ms. Haughton firmly believes that Catholicism is not restricted to Catholicism or even Christianity. It is a completely human and divine enterprise that official Christianity - particularly in its Roman form - often subverts, corrupts, or destroys. Her fine book is especially important for people who may be interested in religion (Catholicism particularly) but utterly reject fundamentalism and are also discontent with the banalities, cheap sentiment, and the sheer theological stupidity of at least some forms of liberal religion. Ms. Haughton believes in the reality of faery tales but they are not the debased and safe faery tales so popularized by Disney. She tells us the truth - that we are all, like it or not, on a quest for the Holy Grail. No better book then The Catholic Thing by Rosemary Haughton could serve us on our way.


See also the previous Wild Reed posts:
What It Means to Be Catholic
The Call to Be Dialogical Catholics
To Whom the Future of the Catholic Church Belongs
Authentic Catholicism: The Antidote to Clericalism

I have been working on a bibliography of Rosemary Haughton's work for many years. If it would be of interest/value to anyone, it can be accessed at

Thanks for the link, Jim!

I just picked a book off my shelf that I'd picked up years ago, *The Passionate God* by Rosemary Haughton.

I've poked around a bit -- trying to find photos, tidbits of news or personal information. Your blog of four years ago brought the clearest image.

Intrigued by her mention of the Doctrine of Exchange. Onward, into the pages!