Too Good to Miss 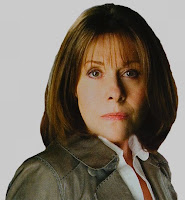 Regular visitors to The Wild Reed would know that I’m a fan of the British sci-fi show Doctor Who and the second of its two spin-off shows, The Sarah Jane Adventures.

Indeed, the intrepid investigative reporter Sarah Jane Smith and her place in the Who universe (dating back to 1973!) have been the subject of five previous Wild Reed posts (Blast from the Past, What Sarah Jane Did Next, She’s So Lovely, Impossible! It Can’t Be! and She’s Back!). A well-written and favorable review of the DVD box set of the first season of The Sarah Jane Adventures is a perfect excuse for a sixth!

So without further ado, here from last November’s Doctor Who Magazine is that particular review. Enjoy! 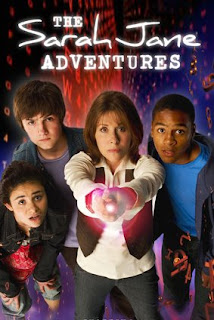 As with Doctor Who, it’s the little details of The Sarah Jane Adventures that make the strings of your heart go zing. Like evil nun Sister Helena, who claims to be collecting for her convent when she’s caught trying to kidnap Luke – but still grabs Alan Jackson’s tenner rather than the proffered change. Or the cashier at Combat 3000 with a rosy future mapped out. “My sister offered me part-time at the tanning salon, “ she says. “And I thought, well, you only live once.” Then there’s the moment when, just after Luke’s new parents tell him he’s a Spurs fan, we see his room decorated with Chelsea posters. We know that something is crooked a second before the script spells it out for us. And let’s pay due tribute to another nun, this one just an extra, who gets to deliver the line: “the transdimensional occlusion is forming! Alignment at twenty percent!” You can bet she practiced and practiced that. It’s meaningless, but she really means it. You’ve gotta love her.

Proof of this conviction comes with the best story here, “What Ever Happened to Sarah Jane?” In this tale, young Maria Jackson is the only person to remain unaffected when reality shifts to an alternative timeline – one where Sarah Jane died in a childhood accident. This is thanks to some meddling on the part of the Trickster, a rum cove who preys on human weakness and feeds upon chaos. No-one’s saying it, but he’s the Black Guardian in all but name, now given a measure of dignity thanks to the fact he no longer has a stunned rook stapled to his head. 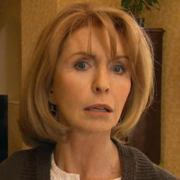 “Whatever Happened to Sarah Jane?” is writer Gareth Roberts’ best work to date, with every beat of the plot perfectly placed, and then played to perfection by a skilled cast. Star of the show is Jane Asher, who plays aging party-girl Andrea Yates [pictured at right] – who took the Trickster’s deal and wished Sarah Jane dead so she could live. The writer and actress make us feel deep sympathy for a character who in lesser hands would be entirely unsympathetic. The story could only work if we believe that Andrea has led a rich and full life – and we do. She’s spoiled and self-serving, sure, but did what was necessary to survive. When Andrea ultimately chooses to surrender her entire existence to save the world, her final, forlorn complaint – “It’s my birthday” – breaks your heart. It’s a version of Faust broadcast on Children’s BBC at teatime. Now that’s something to be proud of. There’s also a honking great meteor on a collision course with Earth. Even better.

Though “Whatever Happened to Sarah Jane?” is something very special indeed, the other adventures follow close behind. “Revenge of the Slitheen,” “Eye of the Gorgon,” and “Warriors of Kudlak” have by-numbers Doctor Who plots – with aliens lurking backstage at a school, convent, and laser-tag game respectively – but they’re played with such energy you barely notice. 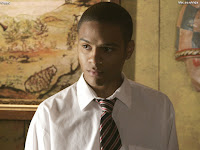 . . . Debut episode “Invasion of the Bane,” while still fun, is perhaps the least engaging overall, as it’s too busy sliding the elements of the series in place to truly surprise, and lacks the key character of wisecracking Clyde Langer [pictured at left]. Winningly played by Daniel Anthony, Clyde joins with Series One proper. Able to relate equally easily to Pinocchio-like Luke and earnest Maria, he glues the team together, brings everyone else’s character into focus, and gets all the best lines. Sadly, across the season, there are few laughs for Sarah Jane herself. Having the lives of three teenagers in her hands leaves her rather brittle and bossy. But as she learns to relax and trust her young friends, perhaps Sarah will be able to smile more. That smile can light up the screen, so it’s time to let it shine.

Of course, it’s possible to write pages and pages about the glory that is Elisabeth Sladen – Doctor Who companion über alles. Her performance in The Sarah Jane Adventures is never less than sublime. Perhaps Lis’ finest hour comes in the closing story, “The Lost Boy,” when Sarah Jane has to give up her son – and then, in her pain, tries to force Maria and Clyde from her life. This is a fine actress on fine form, nailing every nuance of every line. It’s great to have her back.