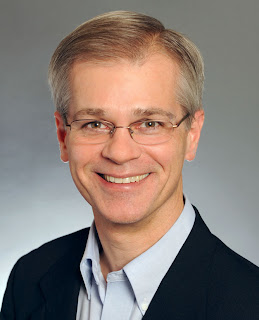 All of us at CPCSM are very excited to have Sen. Marty speak at this year’s annual community meeting. Sen. Marty is a tireless advocate for justice for all – including LGBT people. He is a co-author of SF 3880, a bill that would provide for gender-neutral marriage laws in Minnesota.
On Monday night Sen. Marty will share the history and current status of this bill, and talk about why as a person of faith he supports marriage equality for LGBT people.

Following is an article by Sen. Marty that focuses on his advocacy work for LGBT marriage equality.

By Sen. John Marty
December 2008
Last session, along with several of my colleagues, I introduced legislation to legalize same-sex marriages in Minnesota. Now we are asking for a hearing on the legislation in the Senate Judiciary Committee during the 2009 legislative session.

Minnesota’s law prohibits any gay or lesbian from marrying the person they love. Our legislation would repeal that prohibition and extend equal marriage rights to all people regardless of sexual orientation.

This effort is made with no illusion about the difficulty of passing the legislation. In the November election, several states passed voter initiatives banning same-sex marriages. California’s initiative actually took away the existing right for gay couples to marry.

But Minnesotans have a strong sense of fairness. Minnesotans are open to change when presented with new information.

Opponents have great fear and misunderstanding about gay marriage. A legislative committee hearing could begin to address those misconceptions. I am not asking for a hearing where we have hours of testimony from multiple speakers on each side, then a brief committee debate and vote.

Instead, let’s have a gay couple briefly tell their story. Have them talk about their love, the challenges they face as parents, the problems they encounter because they are not allowed to marry. Opponents would have equal time to voice their concerns.

Then, instead of a debate, the Judiciary Committee could break past the heated rhetoric on the issue with a candid discussion, conducted in a civil tone. Discussions help to inform and educate people. With all of the divisiveness over gay marriage, a civil discussion might bring people closer together.

If opponents say they worry that allowing same-sex couples to marry will hurt their own marriages, I’d like to ask them to tell us how. I’d really like to know whether they feel my marriage – Connie and I just celebrated our 28th anniversary – would hurt their marriage too. And if it does not, why a gay couple’s marriage would have any more impact on them than my marriage has had.

If opponents say they believe gay marriage is sinful or morally wrong, I’d like to tell them why I, as a Christian, believe we should not just allow, but actually encourage gay couples to marry. It is because of my faith, not in spite of it, that I think we should promote marriage and work to strengthen families of gay couples as well as heterosexual couples.

The Judiciary Committee could talk about the coexistence of different religious beliefs in a democratic society. We could discuss how our nation has a proud history of protecting the right of religious liberty and freedom of conscience; how every individual is entitled to his or her beliefs and has the freedom to join a church that shares those views.

I would like to ask my colleagues who oppose this legislation why they consider it acceptable for Minnesota’s government to endorse their religious beliefs about gay marriage and enforce them over the religious beliefs that thousands of other Minnesotans have. Every member of the Senate took an oath of office to support the Constitution of the United States, and each of us understands that government should treat all people in a fair, non-discriminatory manner.

Opponents worry that their churches would be required to perform gay marriages. But we can reassure them that the freedom of religion that would allow gay marriages, is the same freedom of religion that allows them to perform marriages only for couples they choose to marry. We could point to the U.S. Supreme Court decision striking down laws prohibiting interracial marriage which was strongly opposed by many Christians at the time, and remind them that the churches objecting to those marriages have never been forced to solemnize them.

A Senate hearing that confronts these issues with a civil discussion will not end all opposition to gay marriage, but it will help break down the misunderstandings that exist.

This may be the only legislative attempt to allow gay marriage in the Midwest, but it is time for Minnesota to look forward. California’s Prop 8 and other bans on gay marriage have been painful setbacks for people who want to marry the partner they love; couples who want nothing more than the same rights and responsibilities other married couples have. It’s time to show them that the people of Minnesota care about their families too.

Some may say that this legislation is premature. But how long is discrimination against gay couples acceptable? I’m confident that most Minnesotans, even those uncomfortable talking about homosexuality, will recognize the fundamental fairness of allowing every adult to choose his or her own marriage partner.

For an update on Sen. Marty’s bill, including the Senate hearing he refers to in the article above, click here and here.


See also the previous Wild Reed posts:
Same-Sex Marriage: Still Very Much on the Archbishop’s Mind
New Hampshire Becomes Sixth State to Legalize Same-Sex Marriage
The “Strange Decision” of the California Supreme Court
The Sacrament of . . . Relationships
Maine Becomes Fifth State to Allow Same-Sex Marriage
Frank Rich on the “Historic Turning Point in the Demise of America’s Anti-Gay Movement
Recognizing the Similarities Between Racism and Heterosexism
Love and Justice in the Heartland
Love Will Prevail
Another Victory in Connecticut
The Changing Face of “Traditional Marriage”

I have given a shout-out to your event on my blog, http://theliberalspirit.com

Thanks, Obie, for sharing news about this event on your blog.

I'm glad for Sen. Marty's action, but, Michael, I'm a bit perplexed at your "magnum silentium" on Obama's inaction gay issues as well as the Democratic Congress. In fact, "inaction" would be the most positive spin. If the Bush administration had delivered a DOJ brief in defense of DOMA like Obama's just did, I know you'd be raising hell.

It suggests you may be less "progressive" and more of a "partisan" Dem.